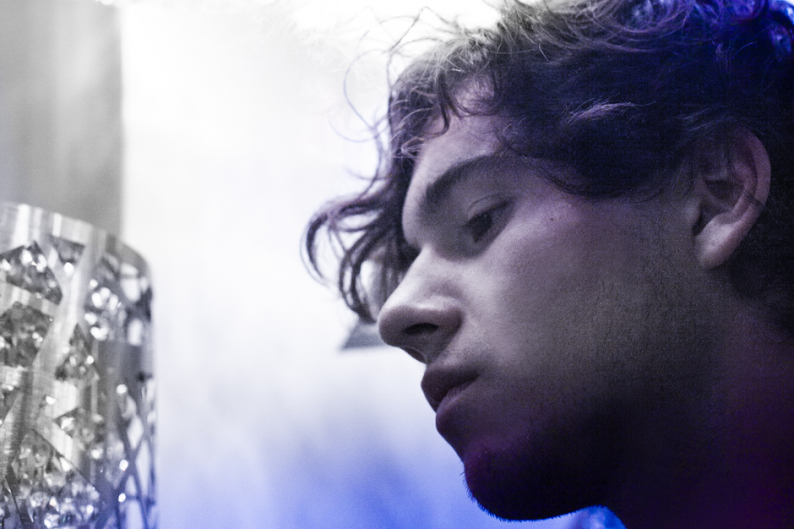 They grow up so fast. In 2010, rock’n’roll wunderkind Brad Oberhofer won raves for his jittery guitar-driven rock. Now having turned 21, Oberhofer’s debut album, Time Capsules II, finds the Tacoma, Washington native reveling in a newly sophisticated musical playground. Lead-off track “HEART” opens on gentle piano and xylophone before exploding in a rainbow of instrumental colors. The coiled guitar energy of old (a strange word to use in reference to someone so young) is revived on “Away Frm U,” but now it’s gilded with layers of synths and whistles. Through it all, Brad’s yearning vocals and melodies nicely evoke that specific post-adolescent feeling of having made some tough realizations while still retaining a starry-eyed innocence. Produced by the legendary Steve Lillywhite (U2, Morrissey), Time Capsules II is out March 26 on Glassnote Records. Enjoy an exclusive first listen now: