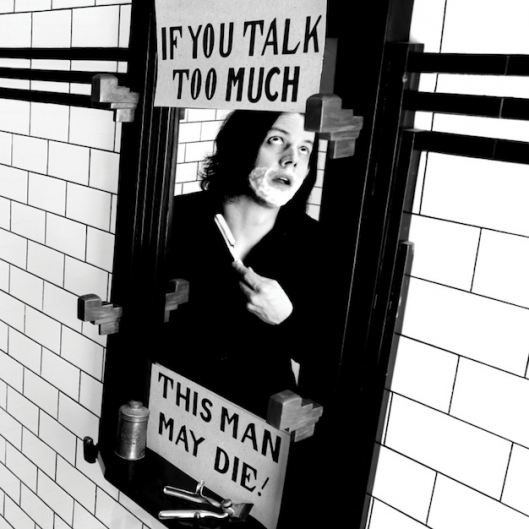 Yesterday the Foo Fighters delivered a stream wrapped in a cassette tape skin, and today their analog-loving brother Jack White has released a new song from his April 24 solo album, Blunderbuss, in a widget that spins like a record.

“Sixteen Saltines” is the stompy tune White debuted on Saturday Night Live two weeks ago, a ferocious jam that recalls some of the White Stripes’ most bone-rattling tracks (like “The Hardest Button to Button”). Lyrically, White seems to be wading into Teenage Dream territory, wailing about a girl with stickers on her locker with whom he had (or, eek, has?) a presumably complicated relationship. Listen while trying to imagine the gifted guitarist stuffing 16 saltine crackers into his mouth, an unwise feat, no matter who you are.