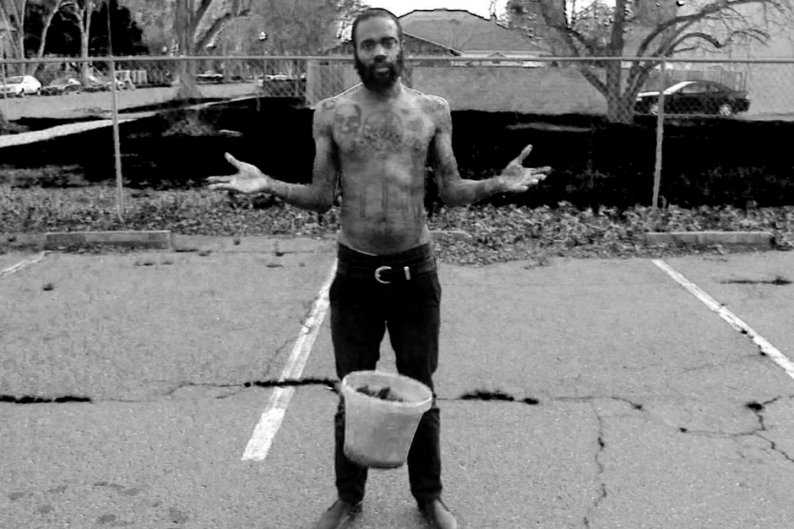 Only after the complete dissolution of the music industry machine could an noise-soaked anarcho-rap trio from Sacramento have not one, but two of the year’s most hotly anticipated albums. Drummer Zach Hill’s collaboration with keyboardist/programmer Andy “Flatlander” Morin and MC Ride landed on SPIN’s scientifically sound 40 Best Rap Albums of 2011 list last year with the bludgeoning assault of Exmilitary. Newest track “Lost Boys” might be as good a place any to start familiarizing yourself with Death Grips’ April 24 album The Money Store &#8212 the first of two planned full-lengths this year on Epic Records(!), including scheduled fall follow-up No Love. Of The Money Store cuts previewed so far, “Lost Boys” has more in common with the queasy electronic din of “Blackjack” than the (relatively) more vocals-in-front “Get Got”. “Let ‘em know who da fuck we are,” Ride shouts between lurching low-end and blood-curdling screams.