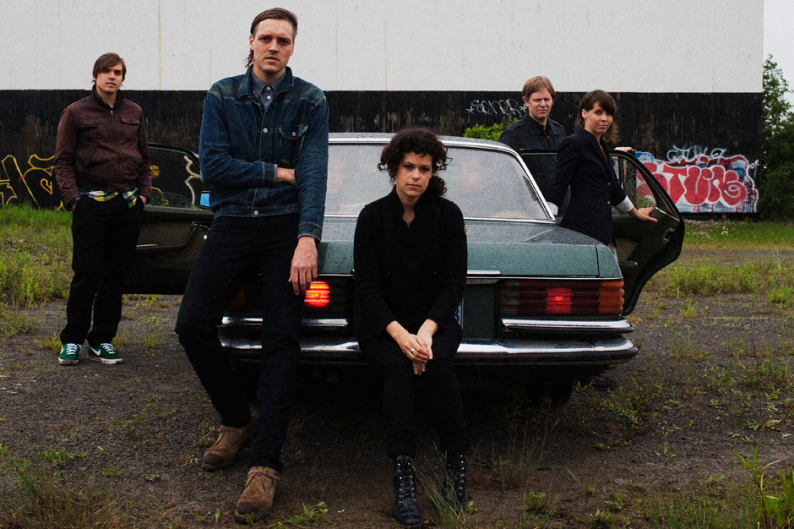 Sometimes sprawl can be a good thing. Arcade Fire will put out a limited-edition Record Store Day 12″ featuring extended remixes of a couple of tracks from The Suburbs, Merge Records has announced (via Pitchfork). Although Record Store Day is April 21 this year, the band’s remixes of “Sprawl II” and “Ready to Start” with producer Damian Taylor can be heard online below. You know, in case someone else scoops up all the copies at your local independent record store next month.

The “Sprawl II” remix originally appeared in the song’s “interactive” video late last year. A more, yes, sprawling affair, it’s a fine supplement to the original, bringing out its slow-disco groove a bit more fully. All the better for dancing in front of your monitor, or, if you snag the disc on Record Store Day, your turntables.

The “Ready to Start” remix initially appeared as a bonus track on the deluxe edition of The Suburbs. This version transforms the roughly four-minute original into a nearly eight-minute epic, adding synths and shrill atmosphere to the song itself and then adding on a lengthy psychedelic conclusion. Just because Arcade Fire are ready to start doesn’t mean they’re anywhere near finished.

Merge’s other Record Store Day offerings are led by the first-ever vinyl edition of Destroyer’s gorgeous 2006 album Destroyer’s Rubies, which will include previously unreleased, 20-minute remix “Loscil’s Rubies.” Also available from the label will be M. Ward’s “Primitive Girl” 7″, a single from the She & Him singer-songwriter’s April 21 album A Wasteland Companion; a cover of Chuck Berry’s “Roll Over Beethoven” and a non-cover titled “The Twist” will appear on the B-side. What’s more, Merge will be putting out Richard Buckner’s first-ever 7″, featuring “Willow” — which didn’t appear on last year’s haunting Our Blood — backed with “Lost”; buyers will also receive an exclusive download of Buckner covering the Cars’ “Candy O.”