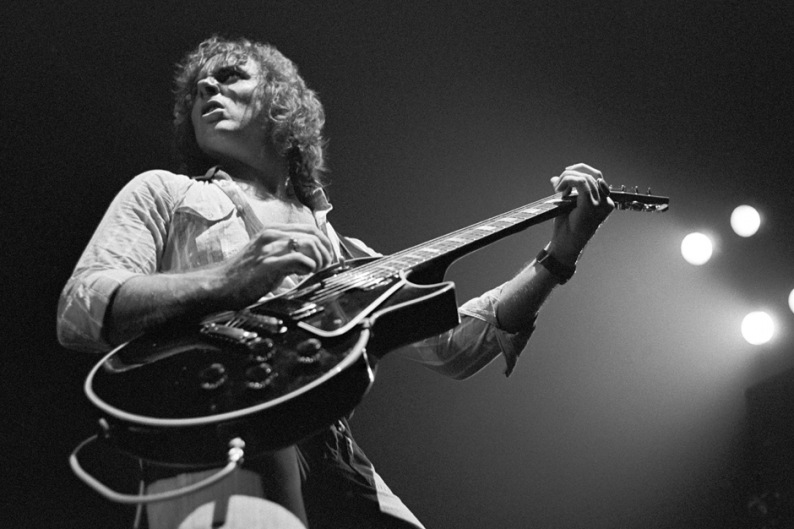 Guitarist Ronnie Montrose, who played alongside Sammy Hagar, Van Morrison, and Herbie Hancock, died Saturday following a battle with prostate cancer. He was 64. A statement on Montrose’s website (via Rolling Stone) confirmed the sad news. “A few months ago, we held a surprise party for Ronnie Montrose’s 64th birthday,” the posting reads. “He gave an impromptu speech, and told us that after a long life, filled with joy and hardship, he didn’t take any of our love for granted. He passed today. He’d battled cancer, and staved off old age for long enough. And true to form, he chose his own exit the way he chose his own life. We miss him already, but we’re glad to have shared with him while we could.” According to booking agent Jim Douglas, who spoke to Billboard.biz, the cancer and “personal demons” had plagued the musician for the past few years.

Though his break came in 1971 when he recorded guitar on Van Morrison’s Tupelo Honey, Montrose’s most well-known work was in his early 1970s band, Montrose, whose first two albums (Montrose and Paper Money) featured Sammy Hagar as frontman. In the late ’70s, Montrose started recording solo albums, and continued to tour and record on his own until 1997’s Marching to Mars, which was technically a Ronnie Montrose record but featured the efforts of the entire original Montrose lineup, including Hagar, whose 1974 exit from the band had left some bad blood.

Montrose was diagnosed with prostate cancer in 2007, but continued to tour during his battle with the disease. Guitarists including Slash, Ozzy Osbourne’s Gus G., and Alter Bridge’s Myles Kennedy paid their respect via Twitter over the weekend. Montrose is survived by his wife, Leighsa, two children, and five grandchildren.