Green Day Promise Next Album Will Be Filthy

Billie Joe and the gang really like dropping f-bombs 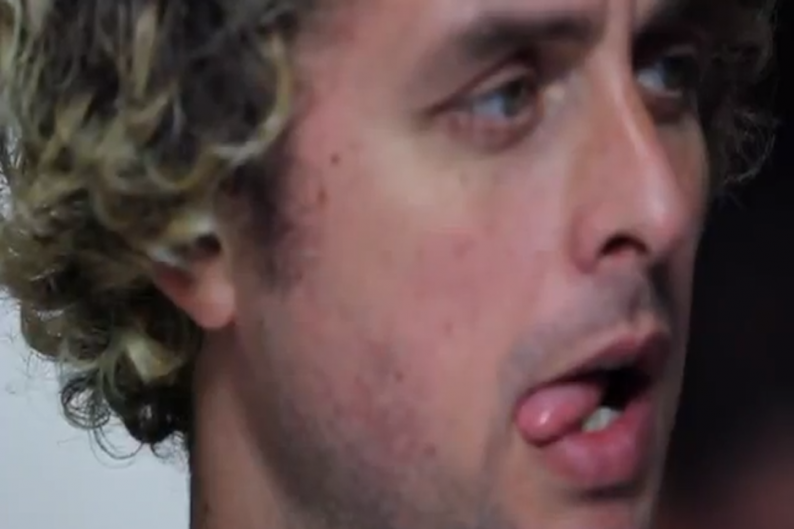 A few weeks ago, on “Valantine’s Day,” as he put it, Billie Joe Armstrong announced via Twitter that Green Day had started recording their first studio album since 2009’s woefully predictable, Butch Vig-produced 21st Century Breakdown. Last Friday, looking like he rolled out of the makeup trailer on the set of Napoleon Dynamite, Armstrong and his bandmates appeared onscreen in a 35-second in-the-studio video update (via NME). If we are correctly hearing what Armstrong is telling us, the band has finally gotten over their Bush-era rage and the record will mercifully explore more straightforward subject matter. In fact, Armstrong shares that it will be “the first time we [have] ever really sung about fucking.” Which is kind of amazing, if you consider that the band has been together for a quarter century, have released nine studio albums (10 if you include 2008’s Stop Drop and Roll!!, which they released as alter-ego “side project” Foxboro Hot Tubs), won five Grammys, and have a Broadway musical based on their discography — and the Hot Tubs have a song called “It’s Fuck Time.”

In the past few months, the band has been making secret rounds in tiny venues around the U.S. performing new songs that are likely tracks from the new album, which has neither title nor release date just yet, but according to bassist Mike Dirnt, will “blow [fans’] fucking minds.” Back in August, they also wrote and performed a song in honor of the late Amy Winehouse.