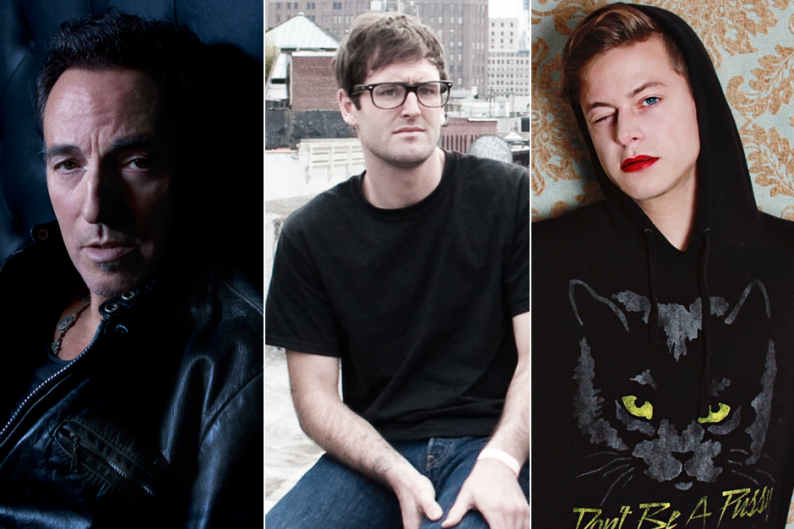 If you’re not already following @SPINreviews for all of our analysis of new music — from Essentials (the good!) to Worst New Music (the bad!) to Critical Mass (everything in between) — now’s a good time to hop aboard. As we told you in January, the Twitter feed is a definitive listener’s guide and argument-starter for virtually every album or EP or mixtape that matters in 2012. When an album warrants longer discussion, we do just that — here’s our most recent reviews:

The Best:
The Men, Open Your Heart
“Open Your Heart improves the band’s focus even as it widens its range, ditching the harrowing, hacking-death-cough stuff and reaching for something more… let’s say ‘pastoral.’ “

Ceremony, Zoo
“Judging from their new album, Zoo, ‘post-hardcore’ is not just a genre — it’s another state of mind entirely.”

Frankie Rose, Interstellar
“Interstellar is a post-punk triumph, a sine wave of angel-choir bombast and baritone-guitar bliss and celestial figurativeness — like a Factory Records tribute album to ‘The Age of Aquarius.’ “

The Worst:
WZRD, WZRD
“Comparing this to Lil Wayne’s disastrous Rebirth doesn’t really track, because Wayne’s Hot Topic rawk was at least ballsy in its terrible-ness, whereas this one only gets truly awful if you dig in and pay attention.”

Tyga, Careless World: Rise of the Last King
“Tyga’s mostly unknown team impose a tacky elegance, one seemingly cribbed from Coldplay intros and Playstation RPG soundtracks.”
Somewhere in Between:
fun., Some Nights
“Nate Ruess — formerly of the 2000s cult-pop act the Format — and his bandmates have an omnivorous approach to pop music, and the dizzying array of RIYLs scattered throughout Some Nights is a testament to that appetite.”

Perfume Genius, Put Your Back N 2 It
“As he proved on his 2010 debut, Learning, the artist otherwise known as Perfume Genius writes glum, bedsit queer-pop with a disinterest in the rest of the world that is as airtight as the private street argot that hermetically seals a Ghostface record.”