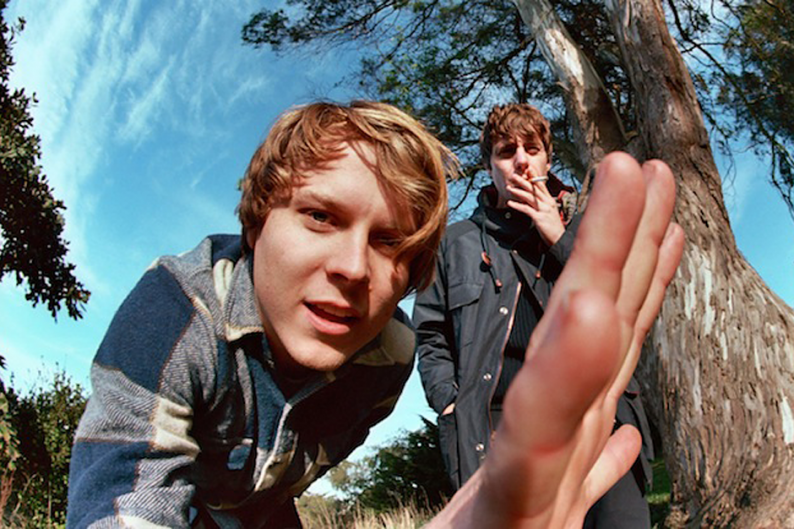 Ty Segall and Tim Presley take their basement scuzz seriously. Segall and fellow West Coast one-man garage-rock band Presley, the latter of whom might be better known as White Fence, show just how serious on the ferocious new “I Am Not a Game.” It’s an advance track from their collaborative album Hair, set to sprout as if by Rogaine on April 24 via Drag City. With musty drums, giddy organ, and madcap-laughing guitar slash ‘n’ burn, the song suggests ’60s psychedelia every bit as much as that LP title, and should please fans of not only Segall and White Fence’s recent work, but also like-minded psych explorers as varied as fellow California band the Fresh & Onlys and awesome Aussie crew Tame Impala. Most of the lyrics are obscured in all the screeching and tape-hissing, but the two guys make their point plain enough: “Let’s remember noise,” they declare at one point. And then there’s noise, harmonious and energetic enough to be as fully present as it is decidedly retro.