In case you forgot, the Foos love analog 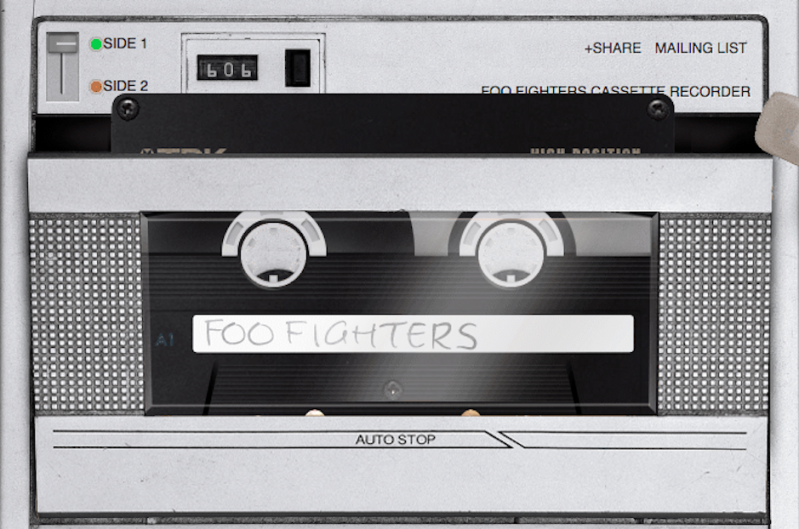 Because you might have forgotten for one eensy weensy second that Foo Fighters recorded their Grammy-winning (and SPIN-beloved) Wasting Light totally analog in Dave Grohl’s quite large garage, the band is back with an extra old-timey treat for fans — a stream of their 1995 performance at the U.K.’s Reading Festival skinned as a cute little virtual cassette tape player. (Not sure what that is? It’s okay, just click on the little “PLAY/LOAD” button and Google it later.) The free surprise, which actually kind of looks like a site build the same year the set was recorded, follows the Foos’ ranking last week at No. 31 on Billboard’s annual Money Makers list. With album, song, digital and touring sales, the band raked in $6 million in 2011 (enough to buy more than 1.8 million blank audio tapes).

This year’s Reading Fest will announce its lineup today; until then, fans can listen to the ’95 Foos set for free here thanks to Antiquiet.