The octogenarian and fellow Mississippian will assist on K.R.I.T.'s first single from his Def Jam debut 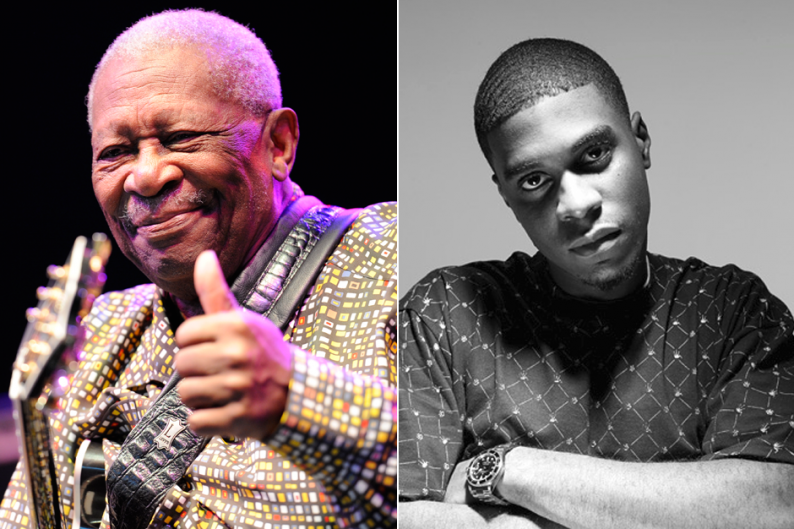 While down at SXSW this week, Mississippi and SPIN’s Next Big Thing Big K.R.I.T. went on the air with Sway in the Morning on SiriusXM’s Shade 45 and announced that the 86-year-old blues legend B.B. King would be making an appearance on his upcoming single, “Praying Man” (via Rap Radar).

We’ve been waiting for K.R.I.T.’s debut studio album (from which “Praying” will presumably come) for roughly two years now, since his critically adored mixtape, 2010’s K.R.I.T. Wuz Here, caught our ears; in the meantime, we’ve all suffered through the usual album delays that have pushed the Def Jam record, Live From the Underground, into 2012, but not without the help of three more mixtapes. The Mississippi rapper’s most recent, 4evaNaDay was one of SPIN’s two rap releases of the week this week. Guess the “no guest stars” thing isn’t something he’s sticking to with studio records, but then again, it’s not like inviting a guitar solo from one of music’s most legendary artists is the same thing as having Diggy Simmons take a verse or two. Oh, and did we mention K.R.I.T. will be performing at our party at Stubb’s tomorrow afternoon? Sadly there will be no Kanye-style SXSW storming of the stage as the original King will be rocking a sold out show at a Casino in Louisiana this weekend!