Terius Nash gets snippy onstage in front of Jay-Z, Beyonce, and a slew of adoring ladies 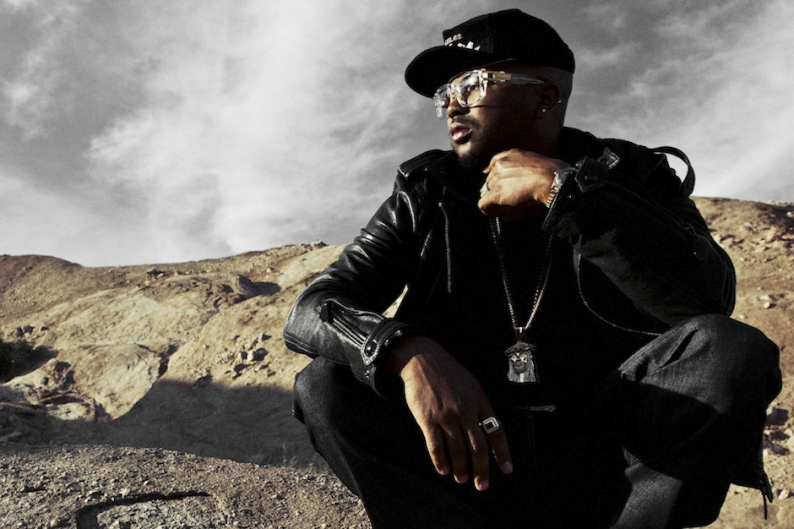 The-Dream made his first New York appearance in more than a year last night at S.O.B.’s, and as expected, the show was filled with screaming females (no, not that kind) — ladies who loved his slick vocals almost as much as they adored tweeting about Jay-Z and Beyoncé’s appearance in VIP to support the guy who co-wrote Bey’s Grammy-winning “Single Ladies (Put a Ring On It).” But Dream’s show wasn’t all about lady love — in one noteworthy moment he took aim at his fellow R&B smoothies without naming names, exactly.

“I haven’t done a show in close to two years,” the hitmaking R&B singer/songwriter, née Terius Nash, told his sold-out audience, in between performances of the never-before-performed “Fancy”/”Right Side of My Brain,” the Christina Milian-inspired “Used to Be,” and copious bring-ladies-from-the-crowd-onstage serenades. “And ever since then, there’s like, four niggas that sound like me now. I’m just being honest.”

Four, you say, Terius? Could that have been a Drake atttack? Or perhaps a warning shot at the Weeknd or Frank Ocean? Or maybe even, as the Village Voice suggests, Miguel? All we know is, Hov and Bey do love Ocean, too — the Odd Future crooner wrote “I Miss You” for Bey’s 4 and was featured not once but twice on Jay and Kanye’s Watch the Throne (“No Church in the Wild” and “Made in America”). Jay-Z also reportedly showed up to his second Bowery Ballroom show in New York last fall.

The-Dream’s new album, predictably titled LOVE IV MMXII, is supposed to drop April 17 on Def Jam. If Nash wants to make absolutely sure he keeps his headstart in front of Ocean and the rest of those artists who “sound like him,” he might want to stick to that release date.