Years after slamming major labels, Bill Corgan returns to one for the June 19 release 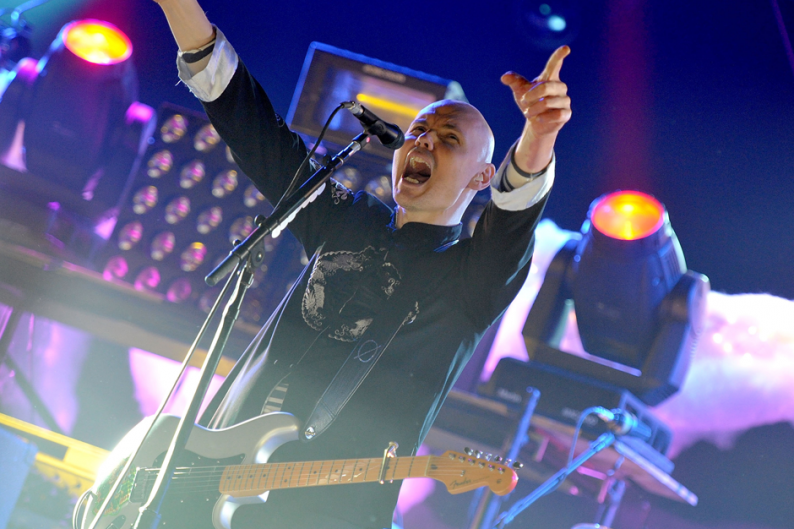 “Even though I pronounced the album dead, I guess I still wanna do another one,” Billy Corgan said this past fall when he announced the Smashing Pumpkins’s upcoming Oceania. And now, even though he all but pronounced the major label system deceased, Corgan’s band has signed a deal with EMI Label Services/Caroline Distribution to release Oceania throughout most of the world on June 19. The world is a vampire, still.

The Chicago alternative rock giants’ ties with EMI go all the way back to debut album Gish in 1991. As Corgan has said before, Oceania is “an album within an album” and part of the Smashing Pumpkins’ ongoing 44-song Teargaden By Kaleidyscope project. Corgan has said the 13-song release, which he produced himself, will run for about an hour. Fans got a preview of much of the material during the band’s 2011 tour.

The Smashing Pumpkins’ relationship with EMI might be a time-tested one, but it hasn’t always been positive — the rosy corporate-speak in the band’s latest press release notwithstanding. In a 2010 SPIN interview, Corgan declined to rule out returning to a major label, but he said it wouldn’t happen soon. “Their heads are so far up their asses,” he told us at the time. In 2008, he told Rolling Stone the band had “been treated very poorly” by its label “for years now.”

Then again, in the same 2008 interview Corgan also said, “MySpace runs the music business now.” And whether he had completely changed his mind on major labels or not, the Smashing Pumpkins were effusive in their praise for EMI during last year’s announcement of a massive reissues campaign that kicked off in time for the holidays. “What makes the deal with EMI groundbreaking is the band has secured the right to all unreleased materials and will be in charge of any additional releases based on our discretion,” Corgan said in a press release at the time. In other words, the Smashing Pumpkins appear to have finally reconciled with a corporate entity their leader once compared to a brick wall. Making peace with Courtney Love? Still probably almost impossible.