Direct Your Own Version of Chairlift’s ‘Met Before’ Clip

Determine the band's fate in Choose Your Own Adventure-stye video 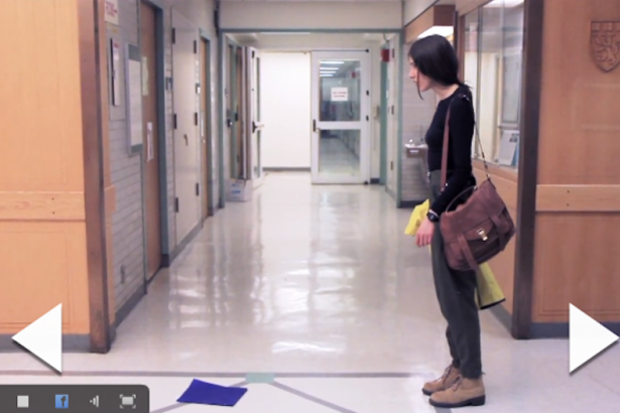 Following in the tradition of Arcade Fire’s interactive clips for The Suburbs tracks “We Used to Wait” and “Sprawl II,” and Andy Grammer’s MTV O Award-winning “Keep Your Head Up,” Chairlift and Brooklyn-based production company m ss ng p eces have released a new clip modeled after the “Choose Your Own Adventure” series of children’s books. The band’s new “Met Before” video (off this year’s Something) gives intrepid viewers the ability to virtually create their own music video by choosing between two arrows that appear onscreen roughly every 20-30 seconds. Director Jordan Fish won’t divulge in detail how many different routes Chairlift’s video may take, but according to m ss ng p eces’ website, you may “seamlessly guide the story through a multitude of possible paths of scientific and sexual discovery. By choosing from simple directional choices at key moments, your story might involve possibilities for romance, intrigue, and star performance along the way.” Pick your fate (well, Chairlift’s) and figure out if you’re at all interested in quantum physics at the band’s website.