Diggy Simmons’ ‘Unexpected Arrival’: Could This Be the End of the Rap Album?

I listened so you don't have to... 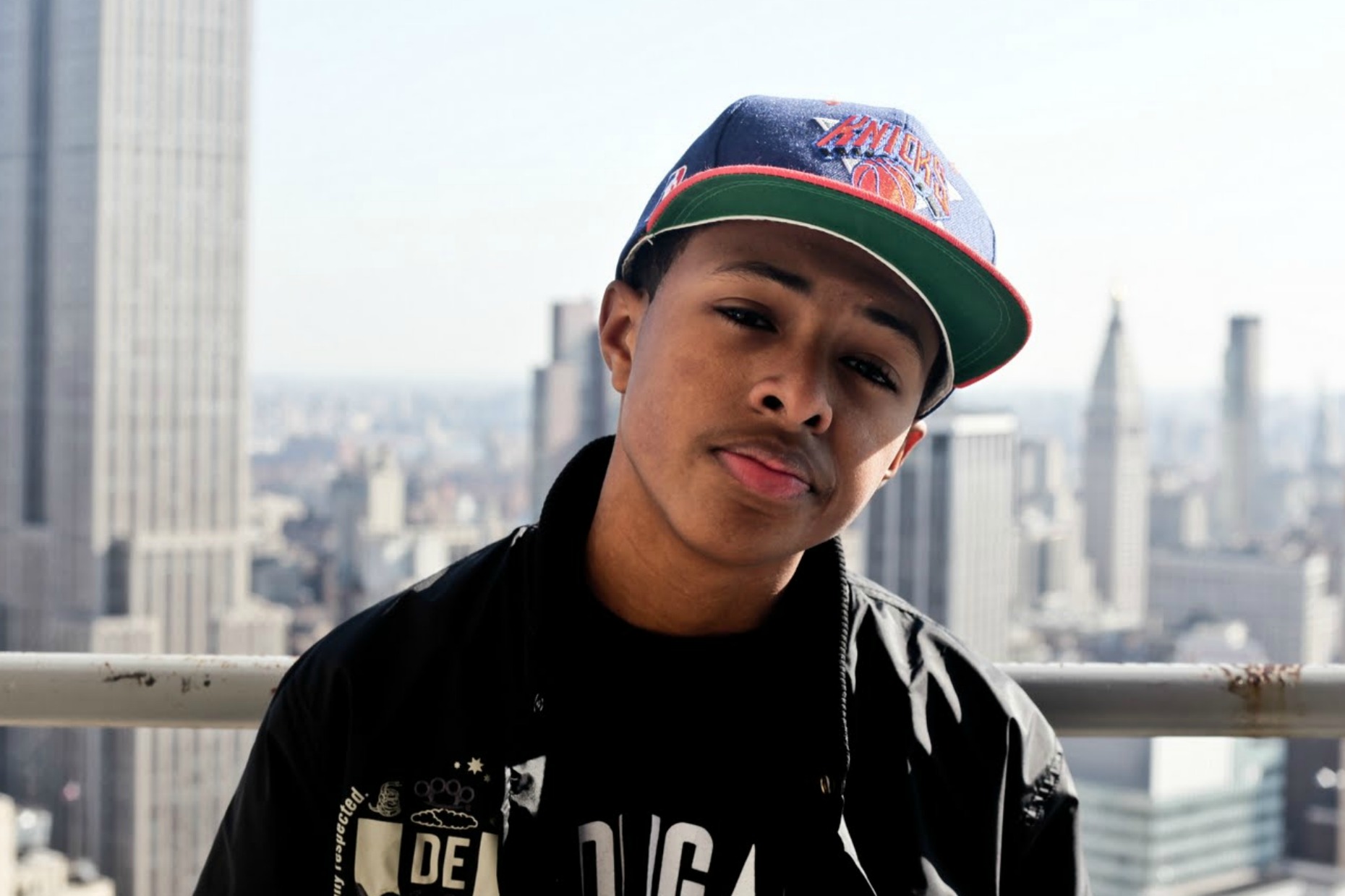 Today, 16-year-old Diggy Simmons releases his debut album, Unexpected Arrival. It consists of 12 tasteful tracks of boilerplate rapping, wrapped around a rather distasteful conceit that it’s time, after much struggle, for Diggy to shine. The guy outta nowhere who’s here to change the game, carrying an underdog’s chip on his shoulder — this has been the blueprint for a hip-hop debut for a couple decades. But that approach, which manifests itself here as po-faced rhymes about grindin’ from the son of one half of Run-DMC, isn’t particularly empowering or exciting (at least to anybody over the age of 15). But it is a fascinating example of how the rap album’s conventions and traditions have been fully internalized, at the very moment when the rap album hardly matters anymore.

Unexpected Arrival begins with a portentous, Maya Angelou-esque poem (“Your talent pours from your pores”), which segues into “Hello World,” a piano-led beat that kind of sounds like Phantom Planet’s “California” with some ’90s alt-rock angst on the hook. Diggy, like a helium-voiced Lupe Fiasco, brags and boasts about, well, the fact that he exists and is here to rap about things. On “I Need To Know,” the nephew of Russell Fucking Simmons imagines if he was just a nobody working at McDonald’s and wonders whether his girlfriend would still be around. It’s a slyly paranoid rap song about triflin’-ass bitches turned subtle because Unexpected Arrival doesn’t have a “parental advisory” sticker on it, and Diggy has gleaned his trust issues from fake nice guys like Drake rather than, say, Too $hort.

Listen, I know Diggy is a kid, and this album is for teens, so maybe all of the above is a little unfair to the guy. And Unexpected Arrival is surprisingly restrained and thought-out, which is worth mentioning because it easily could’ve descended into pandering on the level of the Disney Channel rather than dreaming that it’s Jay-Z’s Reasonable Doubt. Nevertheless, Unexpected Arrival feels like the end of the rap album. The musical narrative is executed so effectively, hitting all the requisite marks, but it doesn’t matter in the least: “88” is the tribute to hip-hop’s past; “Four Letter Word” is a fawning slow jam (this song is great, by the way, it should be a hit); “Do It Like You” is good and proper rap and bullshit; and we’re even presented with a conscious rap approximation called “Unforgivable Blackness.” Yep.

But surprisingly, “Unforgivable Blackness” turns out to be a sophisticated song that actually tries to confront Diggy Simmons’ lack of street cred: “Say I don’t rap hard, because I don’t act hard / But if I act hard, they would say that’s odd / And they would still hate, I don’t get that part.” The hook, delivered by a dollar-store John Legend, invokes Rodney King and asks, “Why you questioning if I’m as black as you?” Diggy does martyr himself by making comparisons to Malcolm X and Martin Luther King, Jr., and he sounds a bit like a Mitt Romney supporter when he asks/boasts, “Why should I apologize? / For my father’s wallet size?” But the sentiment behind the song feels earned, nonetheless.

Also, the murder of 17-year-old African American Trayvon Martin, in a gated community, by a neighborhood watchmen turned Charles Bronson, adds some accidental weight to Diggy’s awkward, though sincere rhymes: “I ain’t down because I ain’t from the ghetto? / Can’t relate to Scarface / But I’ve read Othello / I ain’t from the projects, I’m more from the meadows / We both seen racism on the same level.” Confessional middle-class MCs like Drake and Kanye have yet to pen something this honest about their upbringing. At least for one song, Unexpected Arrival mires itself in something specific to Diggy’s life rather than other rappers’ lives, and wriggles out of the overplayed, underdog rap-album cliche.