Deadmau5 and Madonna Fight and Reconcile in 24 Hours 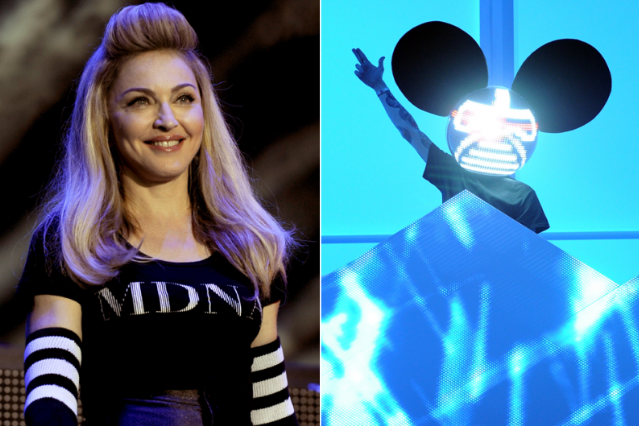 Another day, another celeb spat birthed and ended over the Internet. This weekend, as SPIN reported yesterday, Madonna made a surprise appearance at Ultra Music Fest in Miami (see our best pictures!) and proceeded to ask the crowd, “Have you seen Molly?” in an apparent reference to MDMA (a.k.a. Ecstasy, a.k.a. “molly”) and her sneaky suggestive album title, MDNA. Fans ate it up, but there was at least one person not happy with the mention: EDM’s grumpy king, Deadmau5. Here’s how the dispute went down: