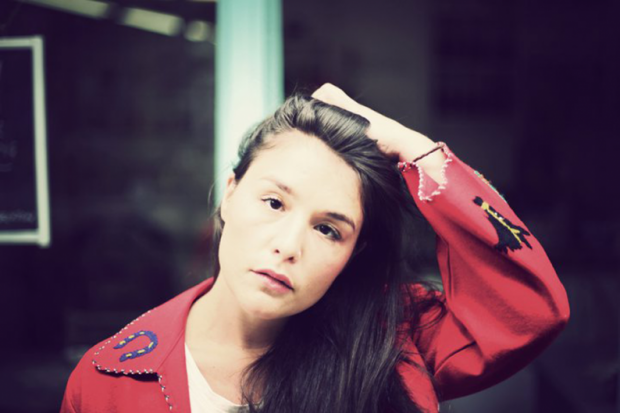 Welcome to the Friday Five — a semi-regular post in which I’ll run down some of the tracks, records, and DJ sets that have me particularly excited about the state of electronic dance music right now.

One thing readers often told me they liked about my personal blog — back in the low-key days of Web 1.0, when I still maintained it — was my recommendations and Top 10 lists. That always surprised me: Don’t we all have access to the same outlets? But there’s a frankly awe-inspiring amount of new music out there these days, reaching Kantian levels of jaw-dropping excess. As it is, I only get my hands on a fraction of the material released every month, and yet iTunes tells me that I imported more than five days’ worth of new music in February alone. That doesn’t count vinyl purchases, Soundcloud, and YouTube streams, etc. (And February is the shortest month, leap year or no!)

Staying on top of even a corner of the scene requires a kind of super-human dedication. So if I can provide a modest service by listening to as much of it as I can (while foregoing normal-person stuff like going outside), and provide some recommendations in the process, I’m happy to do my part.

Read on for this week’s selections, which lean heavily towards deep, almost excessively emotive, vocal house. Anyone who knows me is well aware that I have a pretty serious cheese allergy (musical cheese, that is — I’ll never say no to a good Mahon or Cabrales). But for whatever reason, lately, I’ve been digging tracks that push more obvious buttons. Maybe it’s because they feel like a useful corrective to all the super-tasteful deep house going around, with its dusky pads and shuffling drums. These tunes, by contrast, celebrate dancing like a fool with a ridiculous grin plastered on your face.

Jessie Ware “Running (Disclosure Remix)” (PMR)
I can’t lay much claim to discovery here, given that the track already has 70,000 listeners on Soundcloud. It’s not hard to understand why; like the Recloose track below, Disclosure’s remix of Jessie Ware’s “Running” is the kind of tune that brings people together — it’s got enough swing in its step to keep heads happy, but in its heart, it’s just a gregarious pop tune.

If Ware’s name is familiar, it may be because you’ve heard her vocals on SBTRKT’s “Sanctuary” and “Right Thing To Do” or Joker’s “The Vision (Let Me Breathe).” But 2012 looks to be Ware’s time to shine. She’s currently working on her solo debut, and in the meantime, her single “Running,” co-produced by Julio Bashmore and Dave Okumu, comes out March 26 on PMR, home to neon-hued house and bass-music hits from Bashmore and L-Vis 1990. As for the duo Disclosure, they’ve done a handful of EPs for Moshi Moshi, Transparent, and Make Mine, all of it clearly influenced by the soft delirium of producers like MJ Cole and Joy Orbison.

Storm Queen “Look Right Through” (Environ/Defected)
Morgan Geist has enjoyed some modest crossover success — his duo Metro Area made a splash back in the early 2000s, finding favor among DFA’s indie-leaning demographic as well disco-minded deep-house heads. But his 2010 single “Look Right Through” has the potential to be an even bigger hit.

Originally released on Geist’s own Environ label, the song is the work of Storm Queen, his duo with the singer Damon C. Scott. (Scott, a busker whose underground performance of Adele’s “Someone Like You” recently went viral, is a fascinating story in his own right — for multiple reasons, in fact..) Sounding for all the world like something that might have come out of Chicago or New York in 1992, the tune caused a stir on underground floors when it was released two years ago, but it didn’t go any further. Now, the British label Defected has licensed the cut and gussied it up with new remixes by Dimitri From Paris, Aeroplane, rising stars Jamie Jones and Art Department, plus the O.G. deep-house dude himself, MK (Marc Kinchen), whose early-’90s records on labels like KMS and Retroactive set the tone for the current crop of stabbing organs and stepping grooves. All the remixers are a natural fit, and a few of their interpretations are very good indeed. It’s nice to hear what the too-often-off-key Art Department can do with a talented vocalist; Jamie Jones’ rework moves with an elegant purposefulness that makes you realize why he’s one of the most popular DJs on the Los Angeles/Miami/London/Ibiza circuit right now. And MK’s “Don’t Talk To Me Dub” version, anchored by his trademark organs, and enlivened by some inspired harmonizing, is just one of those perfect, feel-good, sing-along, summertime house anthems — pop as dance music and vice versa.

Given what Defected did two years ago with Tensnake’s “Coma Cat,” another single plucked from a relatively obscure indie label and given a worldwide airing, prepare to hear a lot of Storm Queen this summer.

Sinkane “Runnin’ (Daphni Remix)” (No Label)
Coincidence: Another song called “Running,” or “Runnin,” anyway. I hadn’t heard of Sinkane, a side project from Yeasayer’s Ahmed Gallab, until Dan Snaith, a.k.a. Caribou and Daphni, linked to this new EP on Sinkane’s Bandcamp page.

Gallab, born in Sudan and raised in Utah — before joining Yeasayer, he toured on drums with Caribou and Of Montreal — talked about how fear can be a motivating factor in an interview with the Afro-Punk blog, and you can hear it in “Runnin,” a song that channels Afrobeat, disco, and Curtis Mayfield into a determined ode to forward motion.

As Caribou, Snaith had an underground hit last year with hisremix of Virgo Four’s “It’s a Crime,” netting No. 13 on Resident Advisor’s Top 50 Tracks of 2011 chart; his single “Ye Ye,” released under his Daphni alias, came in at No. 14 on the same poll. While those were oddball house stompers, Daphni’s Sinkane remix comes closer to the Afrobeat edits he’s released on the vinyl-only Resista label. He sticks to the African feel of the original, with lots of snaky counterpoints and snapping, disco-in-Lagos groove; it’s only after the remarkable climax that he settles into a relatively straight 4/4 chug. Afro-disco-house in dub — just pay what you will, for the digital format (MP3, FLAC, AAC, etc.) of your choice! You know what to do. (Also, you really need to see the cover art. Who says that MP3 killed the album cover?)

Recloose “Magic” (Rush Hour)
The Swiss DJ Deetron piqued my interest last week when he Tweeted, “Just got my hands on this gem, easily the track of the month and the year so far!” It’s not unusual to find DJs enthusing about Recloose. Though his best-known tracks appeared in the late ’90s and early 2000s, mostly on Carl Craig’s Planet E label, his deep, unconventional funk left a lasting imprint on a whole generation of DJs and producers. Amsterdam’s Rush Hour label introduced him to a new listenership with the 2010 anthology Early Works, and last year he continued his don’t-call-it-a-comeback (he’s actually been making music and DJing this whole time, just in low-key fashion) with the Saturday Night Manifesto EP.

The Detroit musician, based for a decade or so in New Zealand, has always done “soulful” better than almost any other dance-music producer — just check his “Can’t Take It” and “Ain’t Changin'” for proof. What’s different this time around is that he’s dared to be almost…cheesy. Working with the gospel-turned-R&B singer B. Slade, and building the track out of lush electric-guitar samples and what might be a snippet of soprano saxophone, he sidles right up to the edge of what most underground crowds would consider good taste, setting aside the cobwebs and doubt in favor of bright, yearning changes and dewy falsetto. Bring on the quiet storm!

I:Cube “Transpiration” (Versatile)
I already included this in the Top 10 pole position of my inaugural blog post, but screw it — as Lucille Bluth might say, “It never hurts to double-chart.”

“Transpiration,” which came out in December, 2011, is the latest single from I:Cube, a Paris institution who has been turning out top-notch house and techno since 1996, when he released his single “Disco Cubizm” (with a Daft Punk remix, at that). “Transpiration” also serves as the centerpiece of I:Cube’s upcoming album, Megamix, to be released in late April on Versatile, which is home for virtually all of his output. Complete with radio-dial swirl (including, if I’m not mistaken, a sample of the legendary Detroit radio DJ Electrifying Mojo), the 24-track album is presented as a single, unbroken mix, just as promised. However, shuttling between Detroit-inspired techno, new-wave weirdness, retro electro-disco, etc., it has more in common with jumbled mixtapes of the ’80s and ’90s than the seamless, single-track album mixes that minimal techno made popular.

Back to “Transpiration”: The title translates as “Sweat,” which becomes obvious as soon as you hear it. DFA-style disco breaks and electric bass lend it a supple rock vibe, but the thunderbolt-like stabs are 100 percent rave, circa 1991. (There’s even a nod to the 1991 makina classic Asi Me Gusta a Mí,” by Valencia, Spain’s Chimo Bayo.) As always with I:Cube, the production is out of this world, and there’s a level of flat-out weirdness — as with the squealing, detuned lead that comes in halfway through, sounding like a robot Pied Piper very badly in need of servicing — that’s far too rare in dance music, both commercial and underground.

I played it last Thursday at Berlin’s Watergate club, and daresay it single-handedly transformed the floor from “warm up” to “this is really happening.” The Belgian DJ Locked Groove played it a few hours later, much faster, and again, the effect on the crowd was something to behold.