Coldplay Invite Frank Ocean on Tour (Rather Than Suing Him) 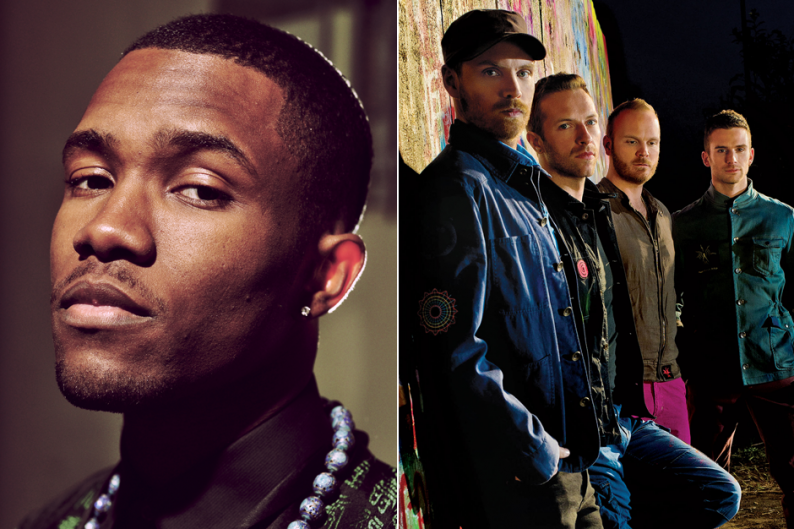 While Warner Music Group was busy threatening Frank Ocean for performing his reinvented rendition of the Eagles’ “Hotel California” last week, another artist the up-and-coming R&B singer “re-imagined” on his 2011 free debut nostalgia, Ultra was doing the opposite: Coldplay, whose song “Strawberry Swing” (from 2008’s Viva La Vida, on EMI Records) appears “Oceanified” as nostalgia’s nostalgia-heavy opening track, announced today that Frank would be meeting the band onstage rather than in court, opening 10 dates on the band’s European tour.

Coldplay have been on the other side of copyright lawsuits in the past — Joe Satriani sued the band for allegedly borrowing “If I Could Fly” on “Vida la Vida,” then an unknown band called Creaky Boards made a similar claim and a songwriter named Sammie Lee Smith got in the action. Martin and Co. responded to the Satriani suit by saying any similarities were “entirely coincidental, and just as surprising to us as to him.” There’s no chance the band missed Ocean’s take on “Strawberry Swing,” though — Ocean kept some of Martin’s chorus vocals (though including the heartwrenching bridge, “Spaceships are lifting off / of a dying world / millions are left behind while the sky burns / wasn’t room for you and I, only you / goodbye” was all Frank’s; Coldplay’s version is instrumental). Coldplay have also been sampled in the past by Brandy (who grabbed “Sparks” in 2004 for her track “I Tried” and “Clocks” for “Should I Go”), Girl Talk (who also took “Clocks” for “Pump It Up”), Swizz Beatz (sampled “X&Y” and “Viva La Vida,” for “Part of the Plan” and “That Oprah,” respectively) and B.o.B (sampled “Lost!” for the T.I.-assisted “Not Lost”).

So may we suggest an encore duet on “Strawberry Swing” (or, dare we say it, a new Frank Ocean track called “The Scientist”)? Stateside fans have a good consolation prize, too — Robyn will be opening for Coldplay from their June 22 show in Dallas through July 9 in Washington, DC.