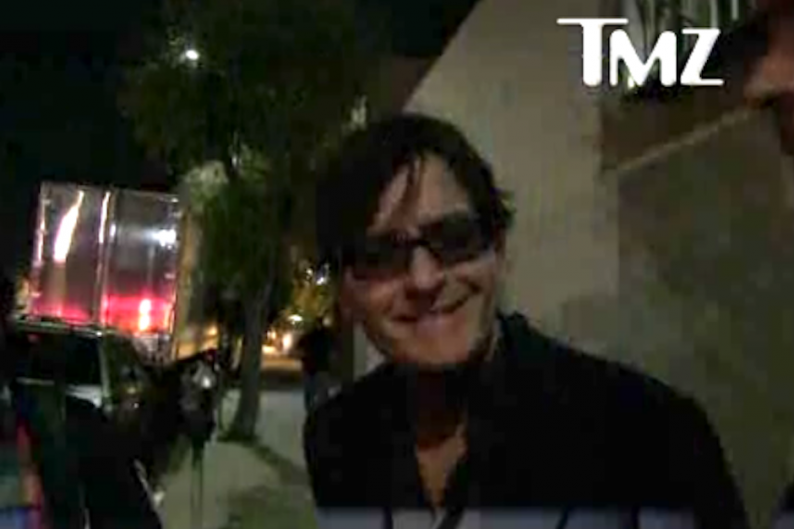 The general public’s interest in the Charlie Sheen Experience has been on the wane for some time, but TMZ remains dedicated to documenting the actor’s comings and goings, and this week he was going from one of Guns N’ Roses Los Angeles shows. The site’s cameras caught up with the actor and he was effusive (and TMZ implies, wasted). Asked for his favorite song Axl and the Nu Roses had performed that night, Sheen diplomatically responded, “All of them.” But then he turned to a more controversial topic, adding, “All I want to say is… where’s Slash? This is a billion dollar worldwide concert. Period, the end.” A papparazzo managed to squeeze in a final GN’R-related question, asking for Sheen’s favorite of the band’s songs. Grinning, Mr. Sheen replied, “Mr. Brownstone. Imagine that.” But then he said something wise, true, and undeniable: ” ‘Rocket Queen’ is a masterpiece.”