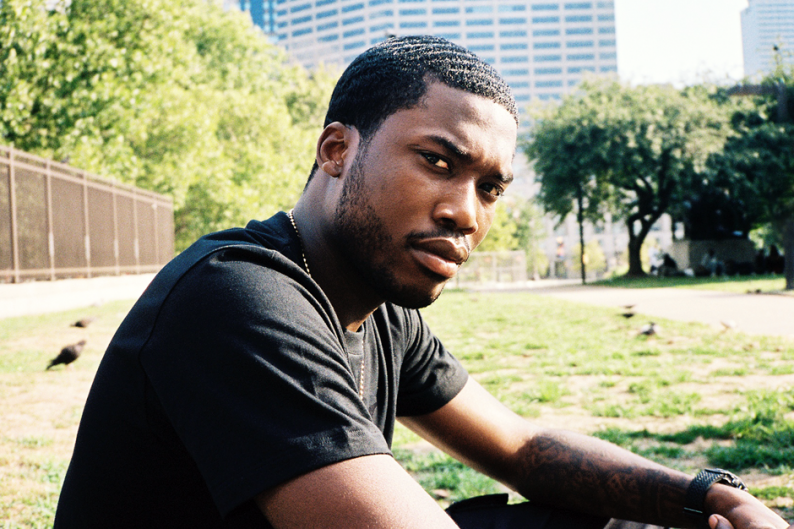 WHO: Philadelphia rapper Meek Mill, 24, has spent the past decade shuffling around every corner of the rap landscape — from the Philly underground to a courtship with T.I.’s Grand Hustle to finally finding a place in Rick Ross’ Maybach Music Group. Recent singles like “Ima Boss” off MMG’s Self Made Vol. 1 and “House Party,” from his mixtape Dreamchasers, are in the same vein as his 2008 radio hit “In My Bag.” It’s like rap needed to catch up with Mill, whose timeless style — catchy, urgent street tales — temporarily went out of fashion.

SOUNDS LIKE: Rick Ross in a bizarre alternate universe. All of the bluster and throaty hooks, but buttressed with decidedly down-to-earth content, delivered in a focused yammer of a voice. (Does it get more workaday than rapping about a particularly wild house party?) Meek also has the ability to unfurl touching personal rhymes as well. “I only make songs for myself every once in a while,” he admits, citing “Faded Too Long,” a freestyle over Drake’s “The Ride” as an example. “It’s one of those soulful joints where I’m speaking nothing but the truth.”

BROTHERLY LOVIN’: Meek credits his hometown’s rap scene for building his confidence: “In Philadelphia, everybody raps and everybody’s lyrically nice. So automatically, it makes you stronger.” His work is a refreshing throwback to the early-aughts Philly tough-guy rap of Beanie Sigel and Freeway. And the song “Dreamchasers,” which features Sigel, finds the two sharing devastating stories of growing up without options, while still allowing for a glimmer of hope in that they can now rap about it rather than keep on living it.

PEN TO PAPER: “I ended up going back and forth to jail [on gun charges],” Meek explains, accounting for downtime between his Grand Hustle days and linking up with Ross. Though Mill can laugh about the past (“My memory’s, like, kinda shot out anyway,” he jokes), he prefers to focus on what’s next, pointing to last year’s Dreamchasers tape as an example of “where I’m at right now” as he starts laying down the foundation of his forthcoming debut full-length.