"The national anthem of the fascist Capitol" 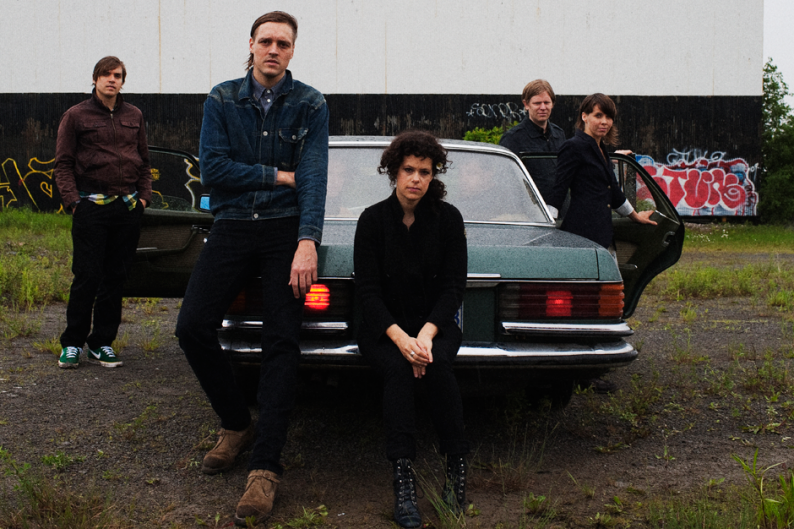 “Anthemic” is a made-up word that almost every music critic has probably used at least once. It’s a phrase that’s especially appropriate to the Arcade Fire, whose records have a particular orchestral grandeur and chest-stirring earnestness that can make them feel like national anthems for the stalwart independent underground: not Montreal, not Williamsburg, but some vague, free-floating confederation of anti-corporate humanists. The latest track to surface from the group might be familiar to the millions of fans who gave The Hunger Games a record-setting opening weekend as a national anthem of a distinctly more ominous nature.

“We were interested in making music that would be more integral in the movie, just as a mental exercise,” Arcade Fire’s Win Butler, who co-wrote the song with Régine Chassagne, said of “Horn of Plenty” in a no-longer-online EW.com interview accompanying the band’s previously unveiled Hunger Games contribution, the more characteristic “Abraham’s Daughter.” Butler went on to explain that the two tried to write “an anthem that runs throughout the books, the national anthem of the fascist Capitol.” He described it as “the Capitol’s idea of itself, basically” and noted that film composer James Newton Howard “made a movie-score version of it that happens in several places in the film.”

The two-minute track now streaming over at ArcadeFireTube’s Facebook page just goes to show how anthemic Arcade Fire’s music already is: “Horn of Plenty” pulls off the neat feat of sounding both exactly like Arcade Fire and exactly like a futuristic anthem. It still has one foot in the band’s uncorrupted neighborhoods, but another is up on the podium at the end of Star Wars accepting an Olympic gold medal or something. Horns blare, a choir booms, strings swell, the martial percussion steals the show, and we just realized how much we love Big Brother. Listen here.