Few songwriters are as brave as Xiu Xiu frontman Jamie Stewart. For ten years plus, the Bay Area native has been unafraid of bringing us (sometimes uncomfortably) close to topics and textures and characters we might normally sidestep or miss. And on Always, his collective’s latest full-length (due March 6 via Polyvinyl) and an album fraught with line-up changes, honesty remains in the foreground. Hear the album in its entirety while exploring Stewart’s breakdown of every track:

“Hi”
It is rare, if ever, that I would describe a Xiu Xiu song as populist, but I think “Hi” fits into that notion. While it came from a series of e-mails from a friend while she was coming to terms with how physically and sexually abusive her childhood and current relationships were, even though it is her singular experience, it is not an uncommon one. It was one that I had as well, and while we talked to each other, it became very clear that there could be a certain community and bond that can be made knowing that feeling a hurt that profound is not isolated. It is everywhere and felt by almost everyone. Even though it is by definition awful, there can be something graceful and wonderful in giving that side of intimate heartache a nod and a kiss.

“Joey’s Song”
My brother and I are very close. While we were recording this record he was going through an incredibly disturbing trauma within his family. Even though he is an adult and has a child and a wife, I feel protective towards him. Considering the relative chaos of our upbringing, he feels very much like a — and pardon the hypocrisy — war buddy. While this was going on he sent me the song “Always” by Erasure and I found that I could not get through singing in the car without beginning to cry. Part of the reason for the album title comes from that. He and I also have a dark idea of the world and while we both encourage each other to be better people at heart, we tend to embrace blackness when looking out the window. In some ways it is good to have the person you trust the most understand that but in some ways, having the person you trust the most accept that in you brings it out more. The fabulous guitar solo is by John Dieterich of Deerhoof

“Beauty Towne”
This song is a postscript to the song “Clowne Towne” from the third Xiu Xiu record Fabulous Muscles. That song was about a group of people — former Xiu Xiu member Caralee McElroy, Mike Hadreas of Perfume Genius and myself included — living in a rotted punk house in Seattle in 2004. Everyone in that house and the people who orbited it had overly enmeshed, dirty, and at times violent relationships. It brought out the grossness in everyone there. All involved parties, to one degree or another, have remained a part of each other lives. “Beauty Towne” makes the observation that although time has passed and materially things have changed, those gray ghosts have stayed the same. The decay that was of that time is in many ways unshakable and for some, the worst is yet to come. 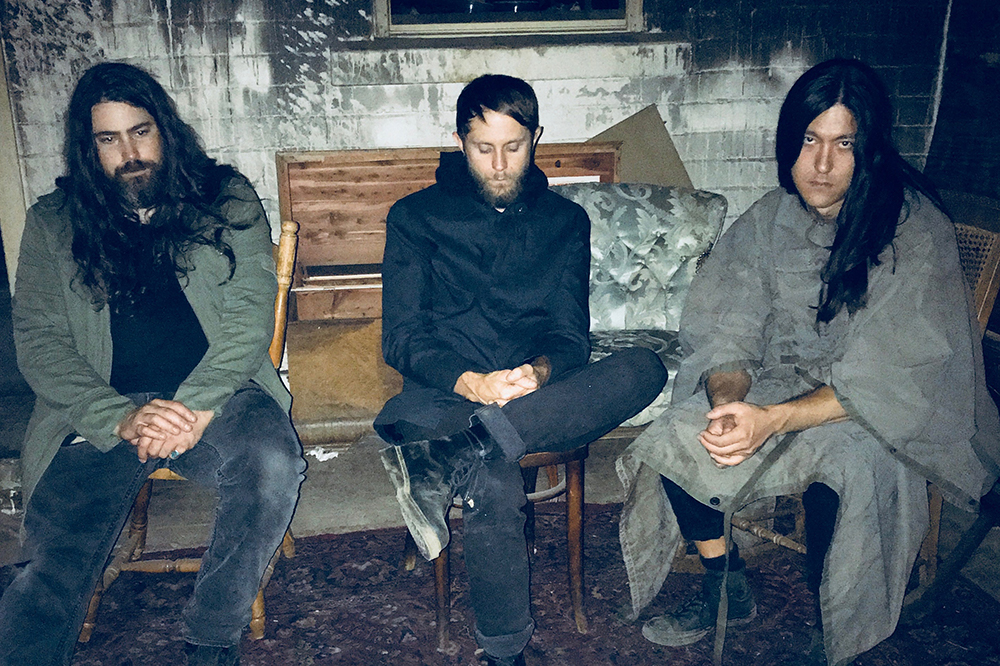 “Honeysuckle”
Anglea Seo wrote the music and lyrics to this and it is the first example of another person (other than the great and powerful Oz) writing the lyrics to a Xiu Xiu song. As I did not write it, I feel like I can say that I think she did an astoundingly great job. My understanding of the song is, and I am not speaking for her, is that it is about basically saying “fuck it” to living. That at times and perhaps ultimately, the stress, uncertainty, loss, disappointment and bleakness of living are too much for hope and love to overcome. Her having set it in what is I think the poppiest Xiu Xiu eve has, makes it that much more disconcerting. Pop is the most acceptable and approachable style of music and for her to put an abdication to negativity within that confine insinuates what otherwise might be a red balloon month.

“I Luv Abortion”
A young friend of mine had gone through a long period of cutting herself, which we discussed over the course of two years. She eventually mailed me a knife she used which sits on my recording desk. Not long after this she became pregnant and came to know that she was not able to be, at this time, the kind of mother she knew a child deserved. She decided to, after deep and fraught consideration, abort the baby. She did this out of love. She named the zygote “Little Jizzo.” The lyrics come out of admiration for her, the crushing mix of sadness and correct relief that abortion can create. And out of white dwarf hot anger towards the U.S. right wing. As the topic elicits such crazed violence in conservatives, the only response seems to be to meet it with as much unhinged rage.

“The Oldness”
Although I did not write this song, it has become very close to my heart. The intended subject matter of the author is hollow to me, but in having sung it in the studio and on tour both with and without the author, it feels like it is my own. It has been a somewhat fraught road to get there. The making of Always was split between two former line ups. One with the aforementioned talented and devoted Angela Seo, and the other with two people who have since been given the boot for a long list of (very good) reasons. Taking a song written by the later encampment, towards whom I have come to feel resentment bordering on hate, and giving it meaning has been difficult. But, while it has been emotionally challenging it has also been also emotionally widening (I hope) to get deep into a song born out of so much confusion.

“Chimneys Afire”
This song chronicles a suicide attempt on tour of a former bandmember and the subsequent wrestle with the vanity inherent in an act like this.

“Gul Mudin”
This is the name of a teenaged boy in Afghanistan who was murdered by U.S. army men for sport. The names of the insipid men who killed him are Andy Holmes, Calvin Gibbs, and Jeremy Morlock. One side the song is an attempt to say hello to Gul Mudin in heaven or whereever he is, and to try, in some small way, to let him know that people are thinking about him. Maybe to wish him well in his trip to the other side. The other side of the song is to raise a burning and sharp, 10,000-mile-wide middle finger at the men and the institution that caused his pointless death. They used his and other victims cut off fingers to gamble with. Thankfully, Gul Mudin is far, far, far away for them now and at peace.

“Born to Suffer”
This was, somewhat amusingly, a technical nightmare. My neolithic computer died in the middle of working on it and I had to buy all new gear to keep on with the record. However, in the transfer from the dead box to the living one, I botched some bit depth or another and despite everything I tired, it was faster and higher in pitch than the original. The song was not done and it required tuning everything that was added to it somewhere in space. It is about Haiti and feeling impossibly imperiled by the fragility and cruelty of Earth. Almost in a passive as opposed to impassioned way. It is about laying on your back looking at the clouds and not seeing that they are beautiful but that they will flood your destroyed island and infect it with cholera.

“Factory Girls”
This is about the internal migration in China of women from rural villages to Guangzhou industrial zone to work in factories. This is the largest migration in human history. It is about objectification via consumerism and dehumanizing of Chinese women in order to have more garbage. The expectation that people must ruin their bodies for corporations is the most accepted rape in modernity. Musically it came from attempting to sound like a song from Marc Ribot’s record Silent Movies. Ches Smith, who plays with Marc and frequently with Xiu Xiu, performed the ultra creative (to my ears) conga and prepared percussion parts.

“Smear the Queen”
Carla Bozulich sang the duet and killed it. She is one of my all time musical heroes and to have her on this is an ultra thrill out of my black hole. Close to the record’s deadline I called her and asked if she would be able to do it. She was on tour but had one day off. She agreed to fly out to my house, sing, and then fly back to being on tour in less than 24 hours. For me it was, and I use this word proudly, magical. She sounded so perfect and was so unrestrained, unusual and open in her approach. The song comes from a horse sex fetish, being beaten up, cuckolded and being a disgusting betrayer of the one chance you had to get it right. Newly re-joined Xiu Xiu member Devin Hoff wrote and played the monstrous bass part.

“Black Drum Machine”
This is the second half of the events described in the song “Black Keyboard” on the sixth Xiu Xiu record, Women as Lovers. It seems obvious as to what it is about and I don’t feel like dealing with it anymore.