Old-timey ballad is from the 'Hunger Games' soundtrack, due March 20 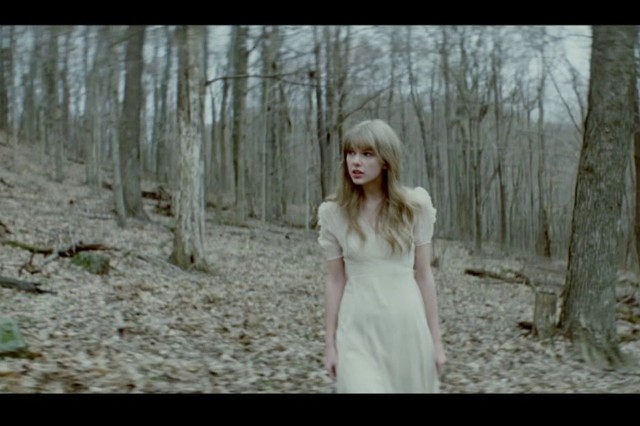 Sometimes the best videos do little more than subtly refocus your attention on the music.

“Safe & Sound,” one of Taylor Swift’s two contributions to the companion album for the upcoming movie version of The Hunger Games, is a stripped-down, old-timey acoustic ballad featuring backing vocals from fellow Grammy-night beneficiaries the Civil Wars. When the collaboration first emerged, right before Christmas, it was easy to focus on the way the song appeared to lack Swift’s usual pop immediacy and clarion songwriting voice, and to see it as mildly disappointing. Like Nashville neighbor Ke$ha’s recent Bob Dylan cover (and praise for Dylan’s “honesty”), it felt like a noteworthy display of versatility that nevertheless misunderstood the singer’s own particular strengths.

Never second-guess Taylor Swift. The video for “Safe & Sound” pays careful attention to detail as it shows the Civil Wars strumming indoors by a fireplace while Swift serenely wanders a desolate, wintry woods, fires burning in the distance. The patiently paced clip leaves plenty of time to absorb the nuanced recording. Hey, Swift’s infamously unreliable voice sounds terrifically gorgeous — maybe better than it ever has! Hey, isn’t this kind of the countriest song she’s ever done — which is great, because it’s for a futuristic movie? SPOILER ALERT: What the hell’s wrong with that deer?

For Swift, teaming up with the Civil Wars and T. Bone Burnett for a Civil War-haunted style isn’t as safe as it might seem — she’ll have to have the vocal chops to pull this off live, for instance — but with each passing listen, it appears more and more like a sound decision.