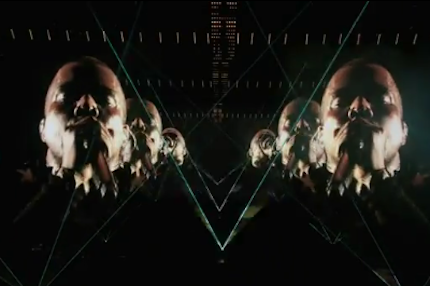 No wonder Kanye West and Jay-Z were performing “Niggas in Paris” so many times in a row on their Watch the Throne tour. The hip-hop duo’s Will Ferrell-sampling banger now has a video, directed by West himself, that combines live performance footage with very fancy after effects. This shit isn’t as cray as the maniac serenading people with this song on the subway, but the epilepsy-risking kaleidoscopic action matches nicely with the glittering production, and the imperial imagery suits the crowd’s Colosseum-like frenzy. Hanh?