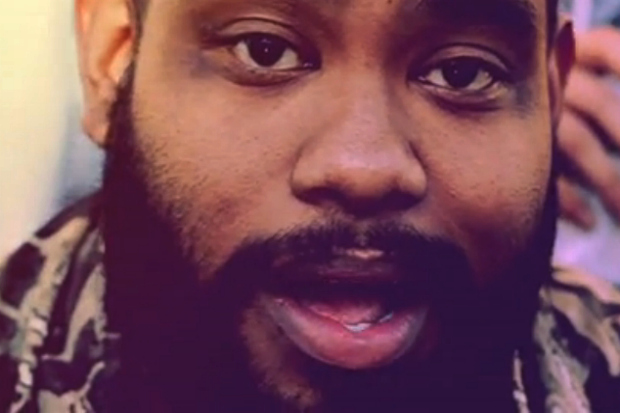 The video for San Jose rapper Antwon’s “Helicopter,” released last week, intercuts footage from the 1968 Steve McQueen tough guy car chase movie Bullitt, and dreamy, slo-mo footage of Olde English malt liquor, with Antwon wandering around, munching on a massive plate of food (as much Sriracha is consumed in the video as Old Gold, it seems), and chilling out with friends, including Squadda B and Mondre M.A.N. of Main Attrakionz.

It’s an early candidate for video of the year. The shots of Antwon are color-corrected to resemble the Bullitt clips and notice that it’s super wide, preserving the original aspect ratio of the movie. All of this is straight up nerd stuff, but little things like make the video work and help complement this anthemic ode to smoking and eating your pain away. And given the retrolicious feel of Antwon’s work — he’s like a golden era MC attacking throbbing synth post-John Carpenter cheez like the Airwolf theme — the video, through clever cutting, makes it seem as though Antwon and his pals are stalking the very same area that Steve McQueen’s bad-ass car once sped through, and maybe just maybe, absorbing some of that effortless cool.

Antwon’s latest project is My Westside Horizon, but “Helicopter,” comes from Fantasy Beds, his blurry lo-fi mixtape from the fall, which includes freestyles over Salem (a confessional break-up song set to “Skullcrush”), Washed Out (an aspirational rap over “Feel It All Around”) and a death-obsessed, weeded-out double time rap over Clams Casino’s “I’m God” instrumental. The beat for “Helicopter” comes from Walsh and the instrumental is available on his album, Smoke Weed About It. Watch Antwon’s “Helicopter” below: