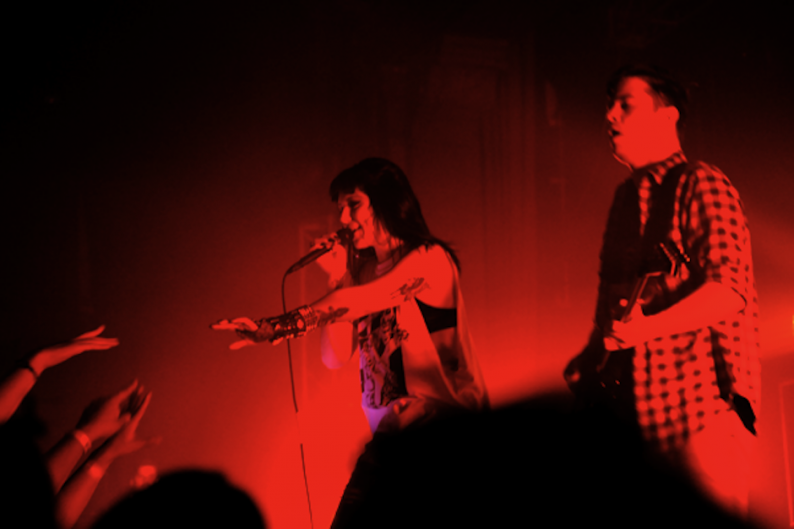 SPIN is pleased to be the first to bring you our March/April cover stars Sleigh Bells’ spring tour agenda. Alexis Krauss and Derek Miller will hit the road supporting their new disc Reign of Terror at the end of March and stop by a few college campuses before wrapping their nearly two-month run with seven massive dates with the Red Hot Chili Peppers. What will this noisy, poppy spectacle look like live? Here’s a preview. We also recommend checking out outtakes from our cover shoot, and of course, David Marchese’s full cover story.