See Cults’ Fiery ‘You Know What I Mean’ Video

Brian Oblivion gets his carnie on, with disastrous results 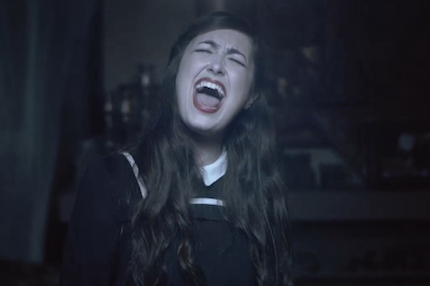 A central motif on Cults’ dazzling self-titled debut album is the idea of running away to something transcendent, whether that be a, well, cult, or simply pop music. Music video director Isaiah Seret’s previous work with Cults, for breath-of-fresh-air breakout single "Go Outside," placed the New York-via-California duo amid footage from the ill-fated Jonestown settlement. Cults’ latest Seret-directed clip, for finger-snapping hipster-prom waltz "You Know What I Mean" (via NPR), examines the consequences of a different kind of escape.

No, nobody’s jetting off to a join a suicide cult in this one, and no one is running away with the circus, either. But Cults half Brian Oblivion does play a carnival worker. Musical and romantic partner Madeline Follin fills the role of his pining lover, wracked with worry as Oblivion recovers from a fire-jump gone awry. The video is as detail-rich and deftly executed as you’d expect from a couple who were angling toward a movie career when music unexpectedly intervened. The song itself is just plain gorgeous, another side of one of last year’s more multi-faceted pop albums. If you don’t know what Cults mean, now you know.