Baltimore rapper's long-awaited debut has a May 15 release date! 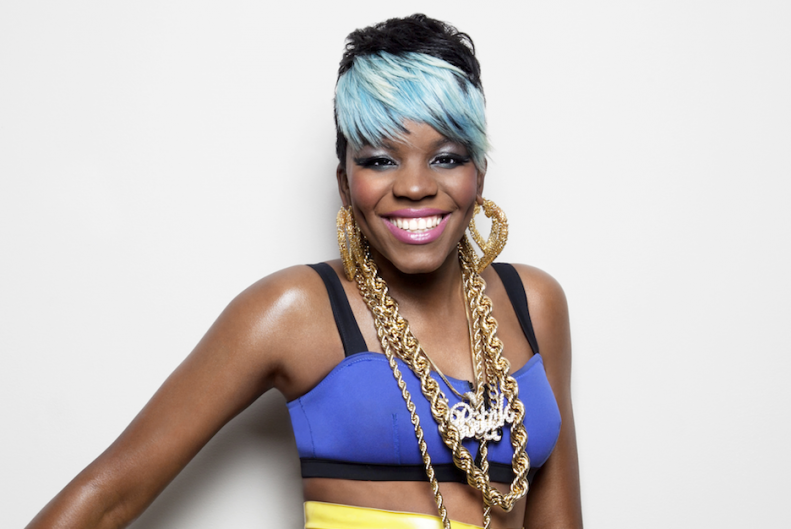 The long and winding road to a debut album from the Baltimore rap’s scene’s most likely legitimate crossover hope has taken a day-glo late-’90s turn.

It’s been more than four years since Rye Rye started turning heads outside Charm City with the raw, youthful charm of Blaqstarr-assisted “Shake It to the Ground”, more than one year since her eerily humming “Sunshower” collaboration with label chief M.I.A., and eight long months since her Robyn-sampling rap ballad “Never Will Be Mine,” and SPIN can now tell you Go! Pop! Bang! has a firm release date: May 15. Coming quickly on the heels of a guest verse on a booty-shaking track by “Like a G6″ hitmakers Far East Movement, her latest attempt at a much-deserved breakout single, “Boom Boom,” borrows a hook from ’90s party-popsters Vengaboys. Who, if you don’t remember, were sort of like the non-rapping, Eurodance forefathers of LMFAO. Hear it at Rap-Up.

Although not the most we’d hope for from Rye Rye, “Boom Boom” is a breezy, euphoric dancefloor filler. As its title suggests, the song draws heavily on Vengaboys’ 1999 hi-NRG smash “Boom, Boom, Boom, Boom,” which — now that it’s no longer ubiquitous — might not have been as criminal as we believed at the time. In fact, that one-time wedding-DJ fave’s bouncy, single-entendre obviousness makes it surprisingly well-suited to the present pop moment, and the charismatic Rye Rye ably steers her source material away from drunken-Englishmen-on-holiday hookups to a more personal, characteristically rough-and-the-edges liaison. “I’m lookin’ for a naughty friend,” she confides, offering to watch porn and play video games with her “hot Somalian.” The squelchy electro-pop backing adds some necessary swing to the four-on-the-floor original.

As much as we were rooting for “Never Will Be Mine” to be Rye Rye’s big breakout, “Boom Boom” could easily catch the ears of listeners who never suffered through Vengaboys’ original world domination. It’s not necessarily the rapper’s best work, but it’s solid bubblegum pop that aims toward the lowest common denominator without erasing her distinctive personality entirely — a difficult feat. After all, if going mainstream was easy, everyone could do it.