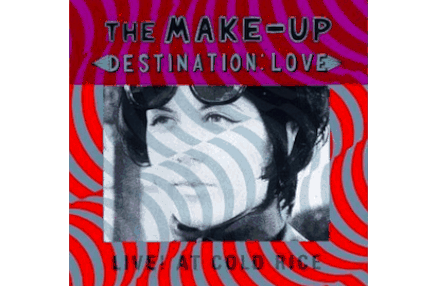 A few days ago, beloved D.C. punks the Make-Up announced they’ll be reuniting for the first time in 12 years for London’s All Tomorrow’s Parties this May, and now frontman Ian Svenonius, who currently fronts the woefully unsassy Chain and the Gang, has given a fantastic interview to the Washington Post’s Click Track about the (brief) reunion and how, since disbanding in early 2001, the band has "hermetically sealed" their songs in the past.

In the Q&A, the ever-eccentric Svenonius reveals that he "has a strict rule with [his bands] — [a] five-year plan," and that he’s been writing a "manual" on philosophy and rock, called Supernatural Strategies for Starting a Rock ‘N’ Roll Group. He goes off on a tangent about the existentialism of rock, references Kraftwerk (who are doing their own reunion later this spring) in doing so, and claims he’s invented the term "existential repetition" (which is sort of untrue).

In addition to the ATP date, Svenonius hints at an additional gig in the band’s hometown of Washington, D.C., to supplement the Stateside demand for the band’s return. Anyone who makes the trek overseas will likely finally be able to hear explosive songs like "I Want Some," "Pow! to the People," and "Walking on the Dune," all of which Svenonius admitted they will probably include on their set list.