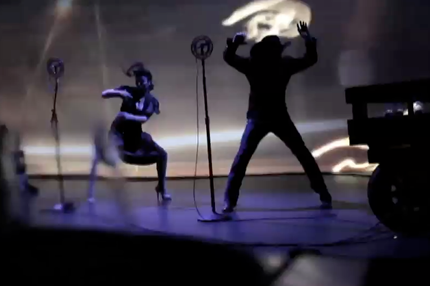 You guys know the drill by now. Tool frontman Maynard James Keenan and his buddies lost in the dusty expanses of Arizona, drunk on the wine sourced from his vineyard, making a hazy racket like David Lynch wrestling with a scorpion. Puscifer’s new video for “Telling Ghosts” truly lives up to Maynard’s promise to SPIN that the new stuff was like “Twin Peaks in the desert”: painfully noir, blue-tinted, full of vintage Airstream campers, bleeding with bleary shots of the moving road… Hmmm, actually it’s more Lost Highway in the desert, but close enough. Exclusive debut, right here.