Dates will be Manson's first in three years 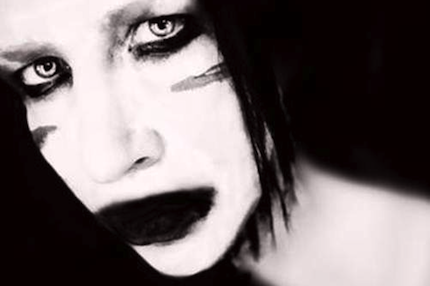 Five months after the human being people deemed scarier than Octomom and actual murderers like Casey Anthony dropped his Shia LeBeouf-directed, horrifically sadistic/misogynistic video for "Born Villain", Marilyn Manson has rejoined us, and this time, it’s to tour for the first time in three years. The first 18 announced dates on the Born Villain trek will take the June 2007 SPIN cover star across most of the eastern and southern U.S. Though the singer has dates in Texas, Missouri and Oklahoma, we wonder whether it’s not a mistake there are no dates yet scheduled for Louisiana.

The shows will be his first U.S. dates with new drummer Jason Sutter, who replaced Chris Vrenna in November. The last time Manson hit the road, he was supporting 2009’s The High End of Low.

In related Manson news, we found out back in November that Britney Spears had made a Circus tour video of her and dancers, um, "appreciating" Manson’s cover of the Eurythmics’ "Sweet Dreams (Are Made of This)." Tour opener, mayhaps? We can, um, almost, kind of dream (more likely nightmare).