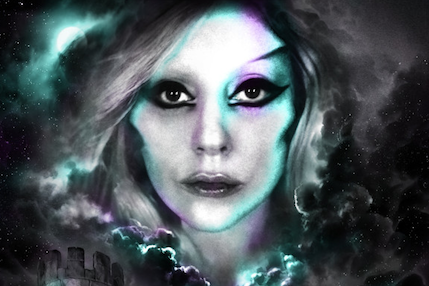 A full week of nonstop Madonna press seems to have given Lady Gaga the vapors. While the Queen of Pop was on a media blitz promoting new single/video “Give Me All Your Luvin’, ” her Super Bowl halftime extravaganza, and a fresh slate of international tour dates, Lady Gaga sat on the literal sidelines preparing for her own big announcement. “Looking forward to seeing the Superbowl! The halftime show will be wonderful I’m sure. An excuse to drink beer+watch boys in tights. #yes,” she tweeted. A week later we got a kind of artists’ rendering of the stage Gaga will be using for her Born This Way Ball, a sort of medieval castle featuring an area Gaga has dubbed “The Monster Pit” that will be “relegated to the fans who have arrived first, waited all night, + dressed to ‘Ball,’ ” she explained via Twitter, later clarifying that there’s “No dress code requirement. ‘Born This Way’ means anything goes.”

Last night she alerted us that her first slate of tour dates will be released today at 2 p.m. and published her official tour poster, which, like her Born This Way album cover, is a glorious piece of campy Photoshop, this time featuring a floating Gaga head and an image of the singer with a keytar torso.

But as though that was not quite enough, Gaga also curiously released an extremely old “fashion video” for “Yoü and I” this week starring her male alter ego Jo Calderone. Why now, five months after her last “fashion film” arrived, as Idolator notes? Looks like someone just wants us to give her all our luvin’. Don’t worry, Gaga, we remember you flipped the bird at at sporting event way before M.I.A. did.