John Lydon Has New Public Image Ltd. to Sell You

PiL's first new album since 1992 is done, the former Johnny Rotten has said 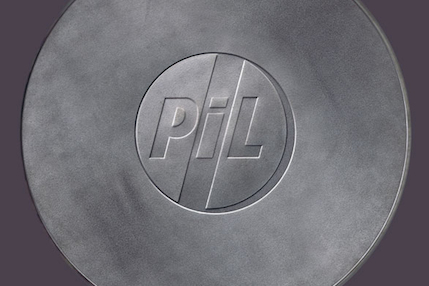 In case you wondered how telling the world “fuck you” for no apparent reason while pocketing untold sums of money became the sort of thing that could win an artist praise from highbrow types who make a living by providing their readers with an inflated sense of superiority, John Lydon is back in the news.

It’s been more than four years since the former Johnny Rotten last reunited legendary first-wave U.K. punk band the Sex Pistols, whose best-known bassist Sid Vicious died of a heroin overdose so long ago Iran wasn’t quite yet a fundamentalist theocracy. In 2009, though, Lydon reunited his other band — the abrasive, dub-inflected post-punk outfit Public Image Ltd.– for some U.K. shows. Right on schedule, PiL is readying its first new album since 1992’s Pistols-sampling That What Is Not.

“The album’s done,” Lydon told BBC 6 Music yesterday, as quoted by the Guardian. The record is reportedly finished, mastered, and set for a release by June, preceded by a vinvyl-only four-song Record Store Day EP on April 21. The album has a working title — This Is PiL — but a label and other release information is not yet known.

The first new song from the reunited PiL, “One Drop,” premiered today via the BBC Radio (via Slicing Up Eyeballs). In keeping with the music on PiL’s 1978 debut album First Issue, the track puts Lydon’s shouts over a reggae-fueled bass line and jagged guitars. “We come from chaos / You cannot change us,” Lydon shouts, declaring, “We are the ageless / We are teenagers.” Not enough dubstep drops to be actual teenagers — none, actually — but we get the point.

Separately, Lydon told the NME that PiL is now making “folk music,” though it’s unclear from the famously provocative frontman’s comments whether that means the music will bear any actual resemblance to what most people think of when they hear that phrase. “It’s very different,” he explained. “It comes from the heart and the soul. Whether that be electric, acoustic, digital or analogue, that’s still heart and soul.” Punk as fuck — just like convincing a bunch of people a few decades ago there was “no future” and then coming back every couple of years to sell new shit.