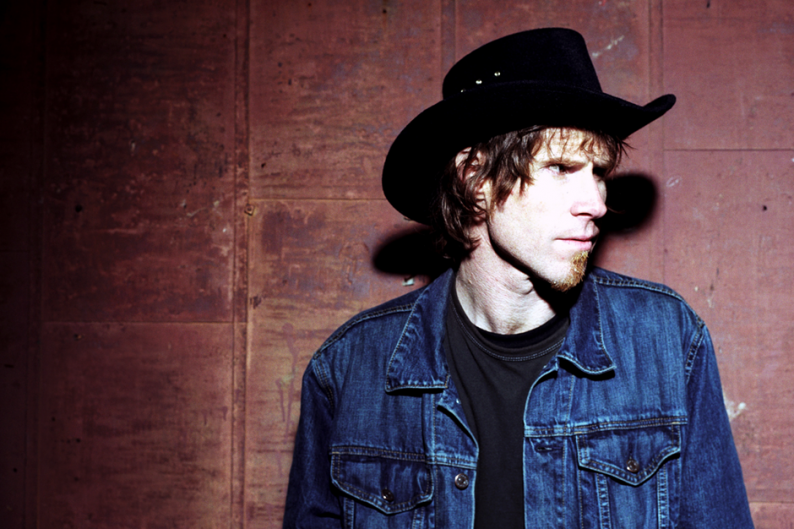 Mark Lanegan’s seventh solo record, the muscular and moody Blues Funeral (4AD), is his first in eight years, but good luck getting the former Screaming Trees frontman to explain the gap between personal projects. “I ended up doing other things” is all he’ll say. (And he’ll say it gruffly.) So let us fill in the blanks: Lanegan was busy collaborating with Scottish chanteuse Isobel Campbell on three full-lengths, lending his deeply emotive vocals to Queens of the Stone Age, conspiring with Greg Dulli on the Gutter Twins, and crooning for electronic-music production duo Soulsavers. Back on his own, the raspy-voiced 47-year-old used Blues Funeral to conjure old haunts (“Harborview Hospital”) and air his French-language skills (“The Gravedigger’s Song”). Speaking from his Los Angeles home, while his two Australian shepherd dogs, Theodore and Dexter, woof happily in the backyard, the man is willing to open up — it’s all in how you ask.

In the first song on your new record, you sing, “I love you,” in French. Did you just want to avoid the cliché of saying that in English?

Maybe subconsciously that was what I was trying to not do. But that would basically fall into the category of just getting my jollies. When I was in high school, I took French. I barely passed and didn’t learn anything at all. There was a joke among me and my friends in the class that nothing sounded more ridiculous than a guy with a country accent speaking French. So I just thought it would be kind of funny.

Would you sing, “I love you,” in English?

I’m sure that I’ve said that way too many times already. If I never said it again, that would probably be good.

You’re speaking French, the album has drum machines — what has happened to you?

I was listening to a lot of Kraftwerk, Cluster, Harmonia, a lot of the krautrock stuff. Also, listening to the ’80s channel on Sirius radio in the car, on the way to the studio. [Pauses] That’s the first time I’ve admitted that.

You’re a huge Los Angeles Clippers fan. What did you do with all that extra time during the NBA lockout?

I tried not to think about it because it was out of my hands. I tried not to torture myself, and to basically act as though there would not be a season. So I was pleasantly surprised when they got it together.

Who won the lockout — the owners or the players?

I didn’t really care who won or lost, as long as they got it together so I wouldn’t miss any basketball. That’s the kind of self-centered jerk that I am.

You’re a pretty serious guy. How did the Mark Lanegan bobblehead doll, available for sale on your website [marklanegan.com], come about?

It appealed to my perverse side. Sort of like speaking French on a record.

The bobblehead even comes with a cigarette.

I know — and the irony is that I haven’t smoked in years. I quit three years ago. But it will hopefully still remain as my identity until I die: a guy who smokes.

What made you finally quit?

Peer pressure. The band I was playing with [the Gutter Twins] was getting ready to go out on tour again, and I found out that everyone had quit smoking two months earlier. I was the only one who had not. I thought, “Well, shit, I can’t be the only guy who smokes.”

Your song “Burning Jacob’s Ladder” appeared in the trailer for the video game Rage. Are you a gamer?

Not really. When they asked me to do it, I was on tour with Isobel [Campbell], and I said I didn’t have time to do it. I’m not really interested in video games. On a couple days off from that tour, I went back to my hometown, and I was hanging out with my sister and her sons — my nephews — one of whom is 18 and the other is 16. They said, “Uncle Mark, do you play games?” I said, “Nah, I don’t, but somebody just asked me to do a song for one. I’m not doing it.” They said, “Well, what game is it?” I said, “Well, I’ll look at my phone: It’s called Rage.” And they were like, “Oh my God, you have to do it!”

When is the last time you played a video game?

I played Angry Birds and tried to see what the hoopla was about. Once I got to a place where I couldn’t get by, I said, “Fuck this, I’m out.”

Are there other professional choices you’ve made to impress a loved one?

I can think of one other example. The first time I ever played a solo show was after I had made a couple of solo records, and I never planned on playing that stuff live. I was in Screaming Trees — I wasn’t really interested in playing quiet music in a live setting. But I would get asked quite often to do a show or open for somebody, and I always said no. Finally, I was asked if I would open for Johnny Cash, and Johnny Cash was one of my dad’s favorite heroes. So that’s why I started doing solo shows.

Let’s imagine the last Mark Lanegan show ever. Who would be on the bill, living or dead?

I guess I would be on it. It would be me and this obscure reggae singer, Dave Barker, and I would be psyched when he played “Do Your Thing.”

Where would it be?

Someplace warm. In my ideal world, it would be five to ten people who weren’t very interested in seeing me play, so I wouldn’t have to play very long. That would be it.