Eric Erlandson will release 'prose, poetry, and free association' in the next iteration of Cobain-examining work 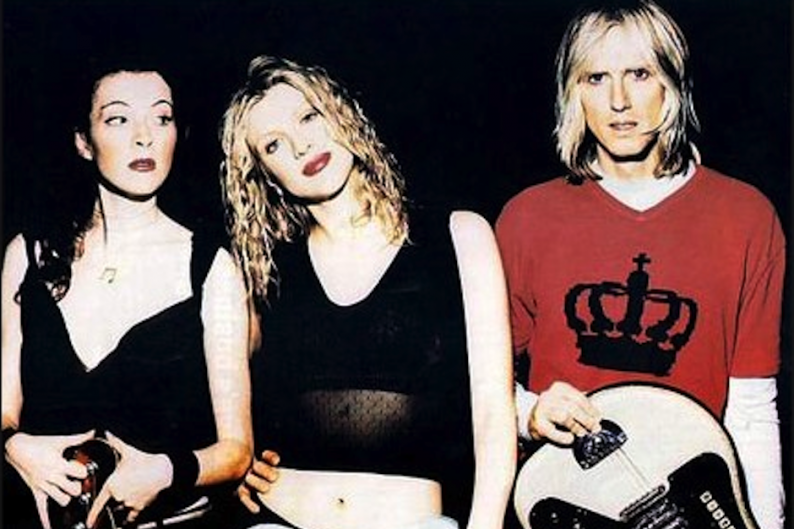 Courtney Love is not the only member of Hole who has plenty to say about the loss of Kurt Cobain. Onetime Hole guitarist Eric Erlandson has announced plans to publish a 52-chapter book comprised of “prose, poetry, and free association” that explores “rock ‘n’ roll, drug abuse, and the loss of Cobain,” according to the New York Times. It arrives on April 8 (via Akashic Books), three days after the 18th anniversary of Cobain’s death. Erlandson told the Times he’d started to write a straightforward memoir, then ditched it in favor of this more free-form effort. How free-form? “There’s one piece that it seems like it’s all about [Courtney], but then when I read it back I go, ‘Oh, I’m talking about my mom.’ ” Okay, then!

As of 1 p.m. today, when the Times published their story online, Erlandson was still not on good terms with his former bandmate, irresponsible pet owner Love. “Up until September of last year, October, she was asking me to play with her,” he told the Times. “But I felt like there was no transformation in our relationship at all. … I never mentioned to her that I had written the book, and I’m sure she’s heard of it now.” Erlandson did not appear on the “Hole reunion album” (without Erlandson, basically a Courtney Love album) Nobody’s Daughter back in 2010, though he did show up to stand beside her at a screening of fellow ex-bandmate Patty Schemel’s documentary Hit So Hard in New York last March.