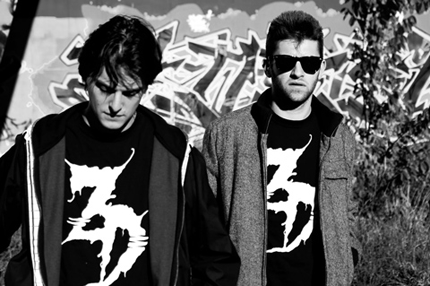 Toronto-based duo Zeds Dead have (not so quietly) become a formidable presence in the EDM and bass music scene, and starting in a few days they’ll be launching a supersize tour designed by the folks responsible for Deadmau5 and Skrillex’s eye-popping spectacles. The "Living Dead Bus Tour" teams the crew with our boy Araabmuzik and Omar Linx. To celebrate, Zeds Dead have released a remix of "Wild at Heart" by Sabi, the Britney Spears collaborator who most recently appeared on a hit Cobra Starship track. It sounds like Rihanna getting a crash course at Dubstep University, which is only a good thing.