The glistening rager is the latest from her second album, 'Sees the Light' 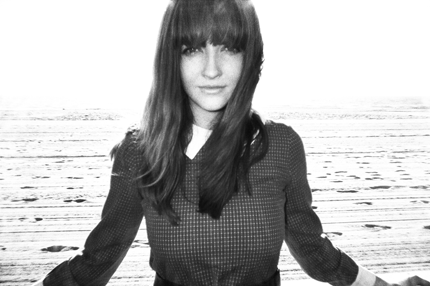 “Kickball” Katy Goodman of the Vivian Girls has returned for another round with her shimmering, harmony-soaked solo project La Sera. Her second solo album, Sees the Light boasts “peppy break-up pop” and this taste is certainly no exception: “Break My Heart” is a C86-inspired gem that washes its feet in surfier shores.

This is a pretty fantabulous six months for Vivian Girls past and present: Drummer Fiona Campbell blessed us with a post-punk blurt from her band Coasting and ex-Vivian Frankie Rose is weeks from dropping her girl-group space-pop masterwork Interstellar, which you can still hear in full via the fine folks at SPIN. Plus DJ Cassie Ramone did a pretty awesome job holding down the decks at this years Bruise Cruise.

Sees the Light is due March 27 on Hardly Art.