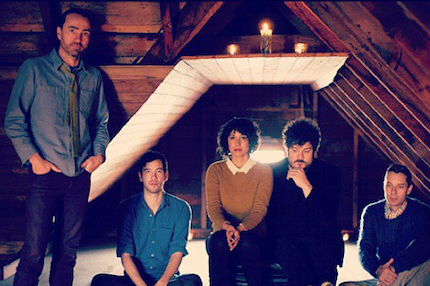 Why should Shins fans come see the band on their freshly announced spring tour? "I [was] definitely thinking about the Shins fans [when making Port of Morrow]," James Mercer tells SPIN for the cover story of our February iPad edition. "We [the new lineup] went out and did shows recently. And I really felt for the first time this sense that the fans felt like they really want us to succeed, they want it to work. What a warm feeling to have."

The warmth will extend from Hawaii to Kentucky, as the band will be supporting the March 20 release of its fourth studio album starting at SXSW in March. They also dropped a vinyl-friendly lyric video for "September," their latest single, via Record Store Day. The song is the B-side of the 7" the band will release next week in anticipation of Morrow. This comes after last month’s single "Simple Song," which appears on the new record.