In 2010, South African rave-rappers Ninja and Yo-Landi Vi$$er skyrocketed from viral phenomenon to major-label oddity. Only one of those things remains true after the duo traversed the peculiar path to their second album, TEN$ION (Zef), due this month. As you might expect, they’ve got some hard-earned advice to share.

Ninja: The response to Die Antwoord was a total mind-fuck. It was like being on an acid trip. I’d been rapping for 20 years and all of a sudden there was overload. It made no sense. You can make your confusion work for you. You have to drive into it. When you see that people are paying attention, then you have to push that motherfucker into the red.
Yo-Landi: People are flying you places in business class. Everyone wants to take pictures of you and find out information about you. It’s a freak-out. But the more you push boundaries, the more you get ahead.
Ninja: It doesn’t matter why people like you. It just matters that you do something with it.

Yo-Landi: It’s weird how people were always asking us, “Are you real? Are you joking?” That seems like something Americans care about a lot. You can’t answer the question “Are you real?” If we’re anything, we’re documentary fiction.
Ninja: The fucking God-given gift of artists is to create stuff from nothing. Die Antwoord makes hyperreality. We create exaggerated experience. This American reporter was telling us that reality TV makes Americans care about if things are real or not. But you watch reality TV and you get a dull feeling in your balls. You watch us and it’s thrilling. There’s a sweet analogy for how musicians can think about this: People are unconscious and you have to use your art as a shock machine to wake them up. Some people are too far gone. They’ll just keep asking, “Is it real? Is it real?” That’s dwanky. That’s a word we have in South Africa, “dwanky.” It’s like lame. “Is it real?” Dwanky. You have to be futuristic and carry on. You gotta be a good guide to help people get away from dull experience. Don’t be rude to the people who don’t get it. It’s better to be nice to those retards. 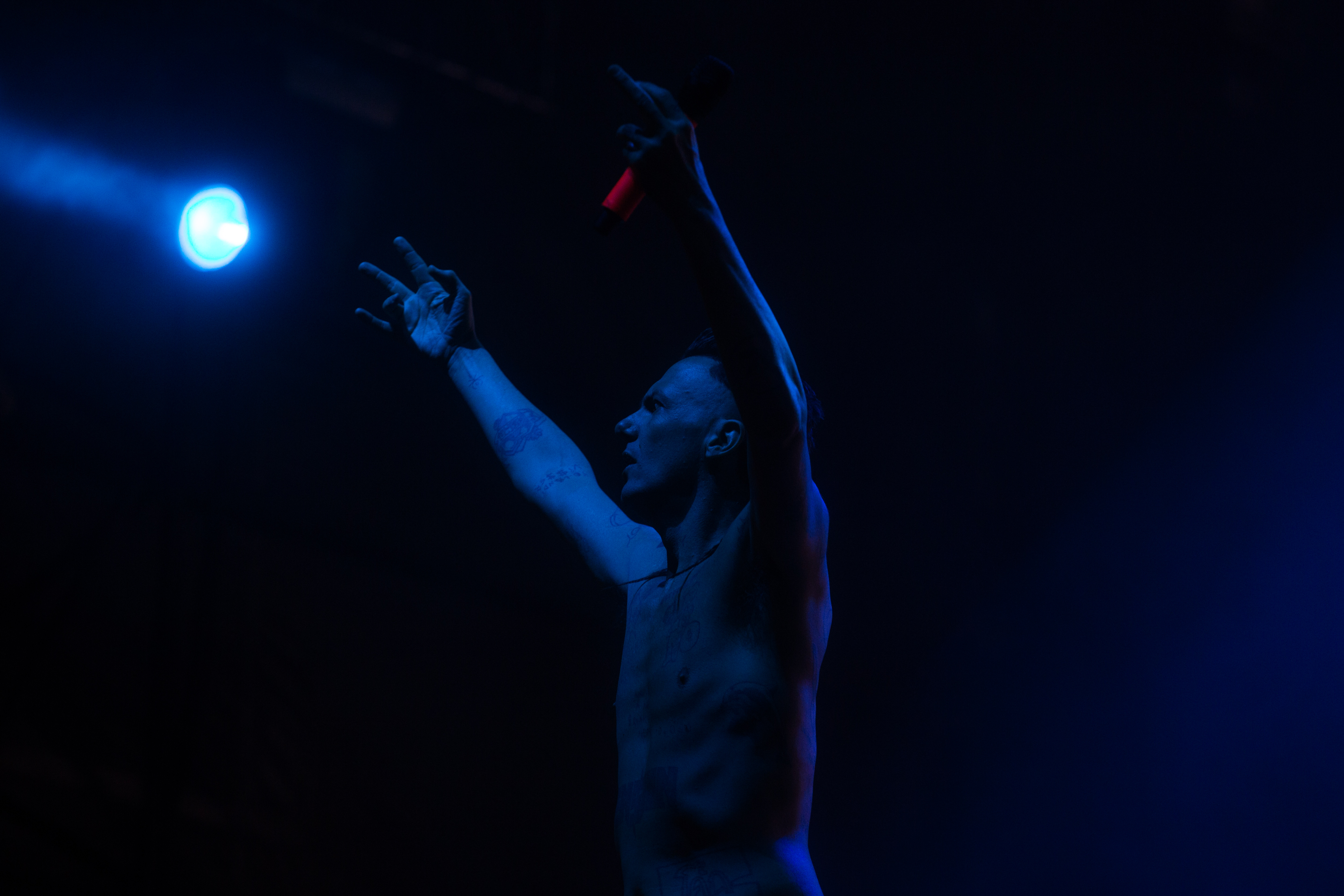 Yo-Landi: Leaving Interscope was not a personal thing. These record companies are a certain kind of machine and we weren’t able to function in it. You think you sign with a major label and it’s gonna be bumpin’. Like, “Fuck. It’s gonna be on!” Then the truth is they move like a slow turtle. The only thing they really want is to make more of what’s already popular. We thought they’d let us do what we wanted, but they kept pushing us to be more generic.
Ninja: They have this term: “Reach out.” We needed to “reach out.” What do you say to that? The worst, most horriblest thing you could say to me is that Die Antwoord has to “reach out.” You have to do the opposite. You have to be the magnet that pulls people in.
Yo-Landi: You can’t try and make something you think someone else will like. You can only make what you like. How can you make a song that Yo-Landi Vis$$er likes? You don’t know me. You’ll never understand me. If you try to make songs that other people like, your band will always be shit. You always gotta do what you like. If it connects, it’s a miracle, but it happened with Die Antwoord.

Ninja: It’s good to be intuitive. You can get killed in South Africa if you’re not. It’s a crazy, disorganized country. Being intuitive is important for music, too. The thing to do is plan, plan, plan, plan. Then work, work, work until you create a little space for yourself. And then you can get fucking stupid and be completely random. That’s what Die Antwoord’s music is: We work hard to make playgrounds to fuck around in.
Yo-Landi: All the thinking and planning is to set up a spontaneous occurrence.
Ninja: Yo-Landi doesn’t plan shit. You just set the scene for her and she’s good at going fucking wild.

Yo-Landi: You can’t get emotional about your work. It doesn’t matter if you’ve been working hard on something for six months. If you realize a track is wack, you have to throw it away. A lot of people can’t do that. And they put out shit.
Ninja: “Be the enemy.” That’s samurai shit. I believe it. It means you don’t be a victim. If a thief breaks into your house, okay, and you got your wife and your kid sleeping in there, you don’t wanna be a fucking Bambi. That’s the attitude you have to have towards pop music. You don’t want to be victimized. Don’t say, “This is wack” — become the enemy. It took me ten years to understand that fully.
Yo-Landi: It took me three seconds.