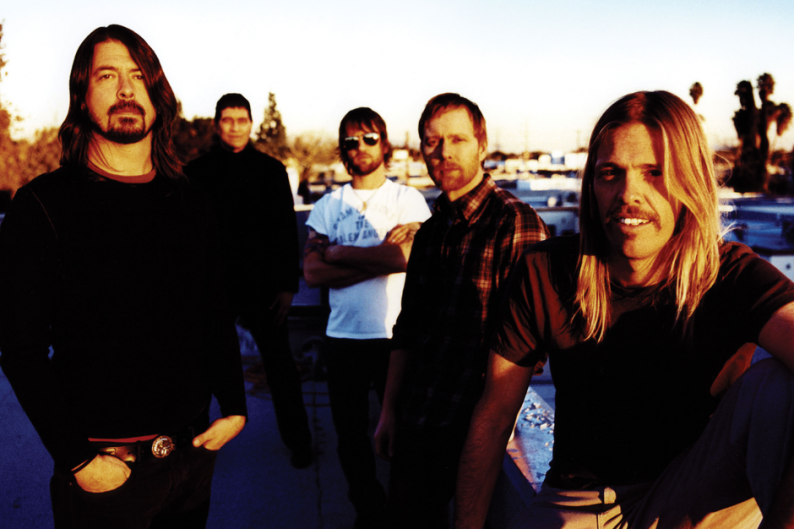 Dave Grohl is getting into the TV business. The Foo Fighters frontman and former Nirvana drummer is executive producing a 30-minute comedy currently in the works from FX, Deadline Hollywood reports. Grohl got involved at the behest of the show’s creator and star, comedian Dana Gould, who’s evidently a Foo Fighters fan. And look, they both have the same initials!

The show will focus on (surprise) a rock band. This particular rock band is about to get huge, but it’s also about to break up, so its members take a page out of Metallica doc Some Kind of Monster and hire a therapist. Of course, this is a TV comedy, so their therapist turns out to specialize in couples, hate people, and be really close to breakup of her own: a divorce. We’ll bet she has a heart of gold and that, once everybody works through their differences and the bass player makes an unexpected yet moving confession, the rockers and the couples’ therapist will realize they’re not so different, after all.

Grohl has always been known to have a sense of humor, as Foo Fighters’ videos up through and including their Wasting Light-era “Hot Buns” clip clearly show. According to Deadline, he also knows a bunch of comedians, which, well, it makes sense, right? Grohl’s IMDB resume includes voice acting roles in The Muppets, the Metalocalypse TV series, and Daria, plus he played Satan in Jack Black’s Tenacious D in the Pick of Destiny and, as you can see below, he had uncredited cameo on TV’s The X Files and a fantastic appearance in the SNL short “People Getting Punched in the Face Right Before Eating.” Get Butch Vig involved and this thing will be a surefire hit.