Cause of death is still unknown, labels pay homage 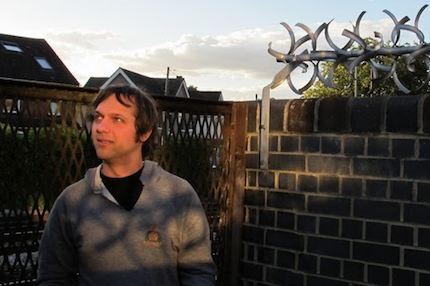 Christopher Reimer, guitarist for the lo-fi Canadian noise-pop band Women and touring member of the Dodos, died in his sleep Tuesday at age 26. His cause of death has not been released, but according to Flemish Eye, the band’s Canadian label, Reimer suffered from a heart condition, along with other health problems.

Says label founder Ian Russell in in a statement, “Chris left an impression on people all over two continents as he toured with Women and later with the Dodos, and people will remember his easy laugh, his generous nature and his wicked sense of humour.”

Jagaguwar, Women’s American label, also paid tribute to Reimer on their site Wednesday morning. “We’re shocked and saddened to hear about [his] passing,” a post reads. “Chris’ virtuosic playing is one of the many reasons we fell in love with this band in the first place.”

Women first gained acclaim in 2008 after releasing a jangly, lo-fi, self-titled album recorded on tape machines in a Calgary basement with Chad VanGaalen. The self-titled debut is filled with dark melodies, plodding guitar and a loose, ’60s vibe clouded by tape hiss, especially on the infectious first single “Black Rice.” Though the band continued to build a following with 2010’s moody Public Strain (which SPIN liked for its “mesmerizing lattice of post-punk riffage”), the band decided to go on indefinite hiatus following an onstage brawl during a show in Victoria, Canada. Last year, with the band on hold, Reimer joined indie-folk outfit Dodos on the road as a
backing guitarist.

“Chris was also modest to a fault,” Russell writes. “Many people knew him without knowing that he had played some of the world’s greatest music festivals, or appeared on Jimmy Fallon — they just knew him as Reimer, the understated guy in a shabby parka who was sharp as a tack and always had a quick rejoinder.”