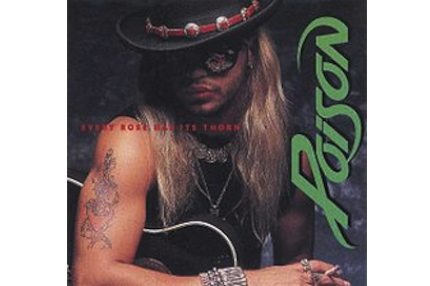 Everyone has a soft spot for “Every Rose Has Its Thorn,” the 1988 Poison power ballad frontman Bret Michaels wrote about a girlfriend who done him wrong — especially Bret Michaels. The song was clearly the band’s most successful hit, and their only single to reach No. 1. However Michaels has been mercilessly pimping this song since his revival as a reality-TV personality on VH1’s Rock of Love in 2007. That means for the last five years we have been in the all-“Every Rose” phase of his career.

And now he will be singing it, again, as a duet with Loretta Lynn (per Rolling Stone). “For me, growing up in a family that my father loved country music and ‘Coal Miner’s Daughter’, this is gonna be a really awesome time,” he said. But Bret already did a “country version” of this song ̬ on his own 2005 country album Freedom of Sound and again (!) on his 2010 solo album Custom Built (it featured Brad Arnold of Three Doors Down).

That means the Lynn version will be at least the sixth time “Every Rose” has appeared on a record, proving this song, like Bret Michaels, is freaking indestructible.