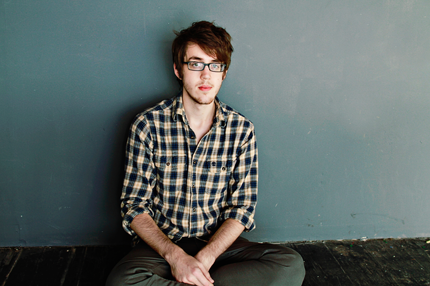 WHO: When one-man hook machine and onetime lo-fi dynamo Dylan Baldi was offered a spot opening for Real Estate in Brooklyn over two years ago, the Cleveland native and then — Case Western Reserve freshman abandoned school altogether just to play. The decision to drop out has since paid off: Baldi’s near-constant stream of jittery punk melodies reached a new peak with the recent release of Attack on Memory (Carpark), his heaviest and most confidently realized work yet.

SOUNDS LIKE: For Attack on Memory, Cloud Nothings’ third full-length, Baldi went into the studio with a proper band for the first time, armed with songs they’d written together. Produced by Steve Albini in Chicago, it’s a Wipers-inspired set that reveals a meaner, more muscular approach. “We wanted it to sound like us playing,” Baldi says. “And that’s what Albini does: He records bands playing and they sound like they’re playing a live show. That’s why we picked him.”

SCREAMING BITTER NOTHINGS: The decision to intensify and darken the approach resulted from the band feeling limited by the poppier moves of Baldi’s early material. “When we played older songs,” Baldi explains, “it actually felt kind of funny to play the songs as aggressively as we did, like we were just performing them, instead of feeling excited about them.” And though he admits that the new record is “pretty depressing,” he’s hopeful that the band’s energy will leave a more lasting impression. “One of the things that’s apparent on [Attack] is that we’re having a good time playing this music,” he says. “There’s a real intensity because we’re all just into what we’re doing.”

QI TO THE KINGDOM: During the four days of recording with Albini, the infamously prickly Pixies and Nirvana producer steered clear of the band. “He didn’t make one suggestion to us the entire time we were there,” Baldi says, laughing. “He literally said nothing about music other than, ‘Do you like that? All right, let’s move on.'” Instead, Albini played Scrabble online with the Jesus Lizard frontnut David Yow while checking his food blog, mariobatalivoice. “There are all sorts of two-letter words that are totally not real,” Baldi says, “and [Albini is] always throwing them out there.”