Bobby Ray gets his Coldplay on in new single from 'Strange Clouds,' which lands on May 1 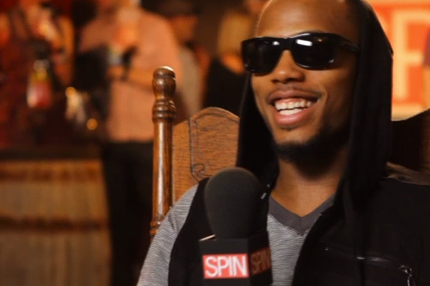 OneRepublic frontman Ryan Tedder has been the king of the slo-jam the past few years. Aside from his Colorado-based band’s Timbaland-remixed hit “Apologize,” he has also written or co-written Leona Lewis’ “Bleeding Love,” Beyoncé’s “Halo,” Kelly Clarkson’s “Already Gone,” and tracks on Adele’s 21, the last of which scored him a best-album Grammy earlier this month. Tedder’s latest collaboration is B.o.B’s “So Good,” a soaring, keyboard-based song that’s Bobby Ray’s catchiest since 2010’s “Airplanes.” The vacation-fantasy theme recalls Lupe Fiasco’s funkier, more idiosyncratic “Paris, Tokyo,” and the sing-song lyrics involving “swagger like Caesar” don’t necessarily show the verbal ability that first helped B.o.B turn mixtape fiends’ heads, but it’s tough to deny the sunny, la-laing chorus, which ought to fill the slot previously held by Coldplay’s “Paradise” on Top 40 playlists. “You never had it so good”? Good enough to keep B.o.B and Tedder bursting from car radios until B.o.B’s Strange Clouds drops on May 1.