OutKast MC tweeted about 'Party' before it was legally out 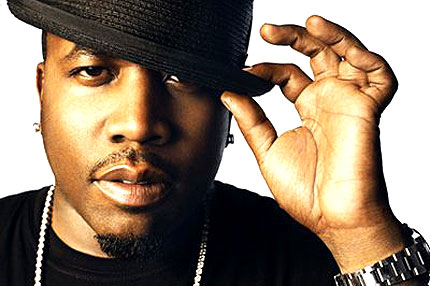 Okay, this one is kind of complicated, so stay with us. The short story: Now we know that one of the culprits responsible for spreading the leak of Beyoncé’s Andre 3000-assisted “Party” last year is none other than Stacks’ OutKast partner in crime, Big Boi.

Yesterday, the Huffington Post published a list of Twitter handles whose tweets had been removed by Twitter following a cease-and-desist notice to the social service by copyright holders. (A few weeks ago, Twitter published a blog regarding their censorship policies, which has spurred these investigations.) Those accounts had either leaked or retweeted leaks of copyrighted materials. The list of culprits stems from a database site called Chilling Effects, which has worked with Twitter to document cease-and-desist notices sent to the company. On the site, a project run by the Electronic Frontier Foundation in partnership with law schools at universities like Harvard and Berkeley, anyone can see the entire list of requests Twitter receives by copyright holders (or their attorneys) for the service to, in effect, censor tweets that have violated those holders’ rights. Other cease-and-desists we found on the site: one from Tyler Perry (protesting the use of an image of one of his Madea movies) and two from Boosty Collins’ label, Mascot Records, protesting a tweeted leak of one of their baby bands’ albums.

Who’s the cyberpolice, you ask? Of course with the debate still heatedly brewing about web censorship (see: SOPA, PIPA, and site Prince hired back in 2007 to help him “reclaim his art” from the big bad Internet. Or perhaps you remember them more recently from the incident last summer when Lady Gaga’s Born This Way leaked.

HuffPo pulled, from Chilling Effects’ database, the offending Twitter accounts that had the most followers — i.e., the ones people probably are relying on most for those leaks — and, lo and behold, among handles for sites like Complex and Global Grind, there was Sir Luscious Left Foot himself. A quick few Internet searches (the glory of web caches!) easily found the since-deleted-by-Twitter missive: “RT @RapUp: New Music: Beyonce f/ Andre 3000.”

We’re sure Big Boi was only trying to hype what he thought was (most likely) an intentionally dropped track featuring his man Andre — after all, the song is so bangin’ that Chairlift and Das Racist’s Kool A.D. recently covered it — but still, it’s nice to know that even celebrities (and not just politicians) can get it wrong when it comes to copyright infringement.