About 17,000 tracks from the folklorist's sprawling vault will be streaming online for free by the end of this month 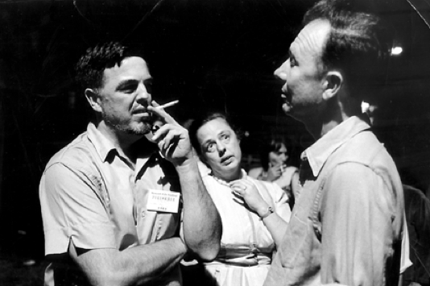 As Jay-Z gets set to perform a pair of benefit shows next week at Carnegie Hall, and tastemakers like Diplo routinely seek out plainspoken music from impoverished areas both rural and urban, it might be tough to remember there was ever a divide between so-called high and low culture. In the mid-1930s, however, when folklorist Alan Lomax started making field recordings across the South, hillbilly music and African-American blues were considered, well, déclassé. The music in Lomax’s vaults helped pave the way for everyone from Bob Dylan and the Rolling Stones to Spinal Tap, and soon it will all be streaming online.

Lomax’s vision of a “global jukebox” is coming true. When he died a decade ago, the man who was first to record Leadbelly, Muddy Waters, and Woody Guthrie left behind about 5,000 hours of audio recordings, 400,000 feet of film, 3,000 videotapes, 5,000 photographs, and stacks of text. According to the New York Times, archivists are digitizing this massive trove, and roughly 17,000 tracks of music from the collection will be available to stream online for free by the end of this month.

In honor of what would have been Lomax’s 97th birthday, a 16-track digital download sampler of field recordings from throughout his career came out on Tuesday via the Global Jukebox label. Don Fleming, a former member of punk band Velvet Monkeys who has produced records by Sonic Youth, Hole, and Teenage Fanclub, is among those taking part in the digitization effort. He compares Lomax’s approach to that of another do-it-yourself movement: “Just the idea of him out in the field with his Presto recorder, dusting the thing off as it’s running, it’s all kind of punk rock to me,” Fleming is quoted as saying. A recent Lomax biography, in an allusion that would make Leadbelly coverers Nirvana proud, is titled The Man Who Recorded the World.

And now, here’s a guy making music with empty Pepsi bottles, as recorded by Lomax in 1983.