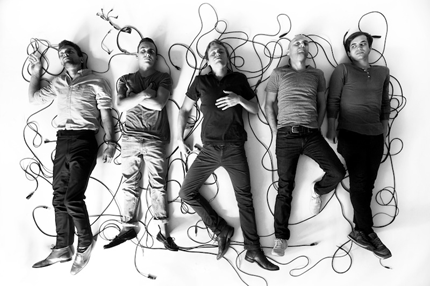 White Rabbits are through holding on to “Heavy Metal.” The Brooklyn indie rockers have posted the opening track from upcoming third album Milk Famous over on their website, where you can get it for the price of an e-mail address. The album arrives March 6 on tbd Records and features production from Spoon producer Mike McCarthy.

Patterson’s vocals might not have quite Daniel’s raspy enigmatic allure, and it’s hard to make out too much of what he’s saying (“I am that collector who’s collecting you, hmm,” he sneers in a moment of particularly clear enunciation, and we’ll second that “hmm”!). But it’s easy to get lost in the laboratory-controlled sonic maelstrom. Only two months until we find out if being Milk Famous implies a greater degree of fame than being internet famous. Or infamous.