The Weeknd’s ‘Montreal’ Video: Nobody Is All Right 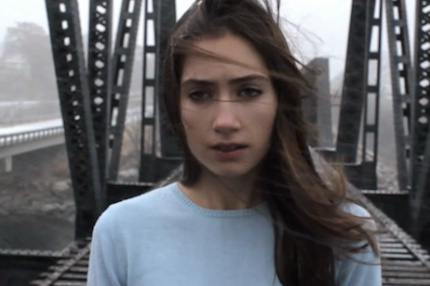 Another dreamlike, cinematic video for a song by the Weeknd has surfaced, this time for “Montreal,” from the Canadian crooner’s third mixtape Echoes of Silence. The clip features a truly disturbed nuclear family, in which the daughter is preyed upon by her creepy father (stepfather, we hope?). She does a lot of drugs as a result (surprise, it’s a Weeknd video!), while her pyromaniac brother confuses combustible roadkill and food, and her mother — well, she just sits back and takes another sip of pinot. The weightiness of the short’s insinuated sexual abuse tracks almost literally with the song’s opening line, which, translated from the French, read as, “Leave the girls alone / one day, you’ll leave / yes, I cried, but today / no, I won’t cry.” This bit of Tuesday morning heavy comes to you via High5Collective, the same folks who did the models-running-around-snorting-coke-in-the-desert video for “The Morning.”