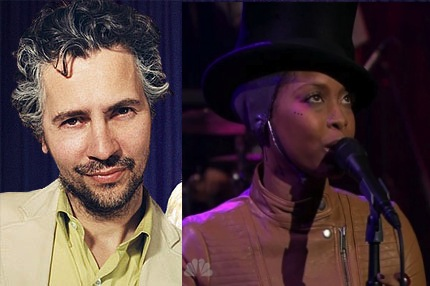 Yesterday, Wayne Coyne dropped a three-minute preview of the upcoming collaboration that the Flaming Lips and Erykah Badu are preparing for Record Store Day 2012. But we’re calling B.S. on the credits: The real star of this track is neither the Lips nor Lady Badu. It’s Apple’s iPhone bot, Siri, whose creepy-as-hell sampling desperately begs Wayne repeatedly for an explanation. She just wants to understand, dude! Help her understaaaaand. (Don’t worry, as foretold by the track’s title, she gets her enlightenment by the end.)

Listening to the track, we wonder whether Wayne or Erykah has watched 2001: A Space Odyssey in the past few weeks. Coyne also writes on the band’s Soundcloud page, where the track will be available for one week only (that is, until it undoubtedly hits YouTube in the next 45 minutes), that “music gets you high.” Yup, that must be it.