Video Premiere: A Place to Bury Strangers’ Hipstamatic-Shot ‘So Far Away’

New clip made from images captured on Oliver Ackermann's iPhone 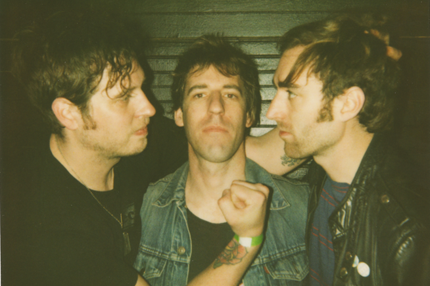 Brooklyn noise artisans A Place to Bury Strangers presumably did not record their February 7 EP Onwards to the Wall on their iPhones. They did, however, make a video that way — check out their new clip for “So Far Away,” which is comprised of snapshots singer-guitarist Oliver Ackermann took while using the “Ina’ 1969 Film” Hipstamatic setting on his phone mashed together like an animated flipbook. There are kissing sequences, driving sequences, mustaches, and cameo appearances from both the Leaning Tower of Pisa and Alamo.