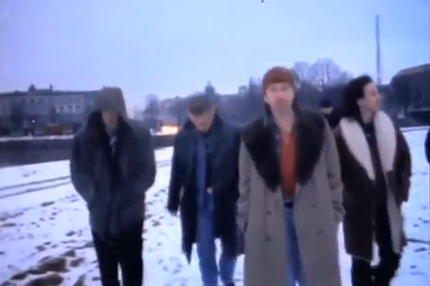 The 20th anniversary of U2’s hugely influential 1991 album Achtung Baby has passed, but Bono and the gang are offering fans one more way to commemorate the milestone ̬ releasing the making-of documentary From the Sky Down, which premiered last September at the Toronto Film Festival, as a DVD, Blu-Ray, or video download on January 24. The film was directed by David Guggenheim, whose previous work includes It Might Get Loud, Waiting for Superman, and Inconvenient Truth. The upcoming release will also include bonus performances and interviews.

From the Sky Down has been sold in physical form before, but only as part of a sprawling box set released this past Halloween. So for type of U2 fan who chooses paying the rent over owning a pair of bug-eyed Bono sunglasses, the newest offering represents the first real opportunity to see Guggenheim recount the story behind SPIN’s No. 1 album of the past 25 years.